I think it’s funny sometimes how I have nothing that I think is exciting to blog about, and then 10 minutes later, it’s a completely different story…

So we pulled into Waukesha, WI a little bit ago, which is the last show on this run before we get to go home for a short break. Unloaded the trailer, and then me and Josh (our road manager) were going to drop the trailer in the other side of the parking lot. Now for those of you weather enthusiasts, you will know that it has been snowing for a little while this morning, and has formed a nice little layer of ice on every road, which caused several accidents we passed on the way here. This parking lot was no exception.

We backed the trailer up to a nice spot near the edge of the parking lot, and dropped it onto our usual cement block, only to find it slide completely backwards on the ice, and the trailer started rolling. I was turned the other way and heard a crazy scraping noise and  Josh screaming, “Get the block!” So as I turned around, he was holding onto the tongue of the trailer to try and stop it, to no avail, and it was heading straight for a ditch, which would have been a nightmare for many reasons, had it fallen off the side…I did the only thing possible, which was to run as fast as I could to grab that concrete block and throw it behind one of the wheels of the trailer. And as it finally came to a halt, we breathed a sigh of relief! I didn’t even know what had happened in this span of about 15 seconds, until after, and then I realized we didn’t put a block of wood behind one of the tires when we dropped the trailer, thus, why it fell off the concrete block and slid down the parking lot on the ice. We didn’t even notice it was on any incline until it started sliding.

Funny how life can do that to you sometimes, not just in huge, scary ways like this, but even in the little things. When you aren’t prepared, and are thrown a crazy curveball, everything starts to slide downhill. The more I think about it, there is a really good lesson that can be learned from this, and can be played out in any situation.

“…Be prepared. You’re up against far more than you can handle on your own. Take all the help you can get, every weapon God has issued, so that when it’s all over but the shouting you’ll still be on your feet. Truth, righteousness, peace, faith, and salvation are more than words. Learn how to apply them. You’ll need them throughout your life. God’s Word is an indispensable weapon. In the same way, prayer is essential in this ongoing warfare. Pray hard and long. Pray for your brothers and sisters. Keep your eyes open. Keep each other’s spirits up so that no one falls behind or drops out.” (EPH 6:13-18 MSG)

A lot of you have read this scripture about putting on the “armor of God” before, but I think this is often one of the most misunderstood verses, and thus, the most disregarded ones. Today was a great reminder for me about what it means. All that God wants us to do is to be prepared, for anything that comes our way. If we have one part of this “armor” missing and if we’re not in constant prayer, than we will be taken by surprise and start to fall backwards when an attack comes our way in life. I’m thankful that God knows we can’t handle these things on our own, so He’s given us everything we need to stand up under whatever we’re going thru. It’s often just a matter of praying and asking for it. 🙂 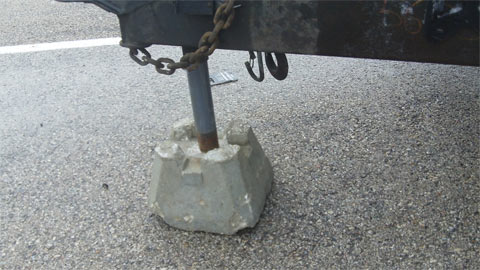 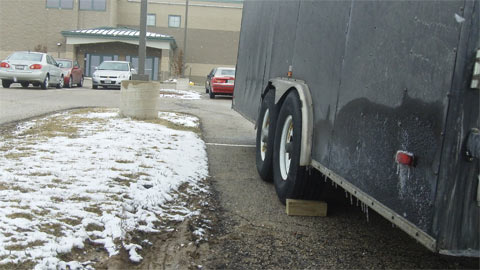 “Dance Upon the Promise” by John Harter of The War Within

“The Tire Of Terror” by Me In Motion

“My Joy is in the Lord” by Tim Ketenjian