Over the weekend, my wife and I took a mini-road trip to Maryland to see Jars of Clay perform an acoustic set of their entire 1995 debut album from start to finish. To prepare for the road trip, I made a playlist on my iPod of selections new and old, and in the process of selecting songs, I “rediscovered” one of my other favorite albums from the same year – Hoi Polloi‘s under-rated effort, Happy Ever After. After leaving Reunion Records in the early 90’s, the New Zealand rock band Hoi Poilloi returned to their roots on their Via release, Happy Ever After, offering an aggressive, dark, and moody album… complete with a creepy album cover. The record had its moments displaying some of the spunk found on their earlier albums, but ultimately, their third (and sadly, final) album was a quirky rocker that still sounds good fifteen years later. If you’re a fan of edgy 90’s rock (maybe a light grunge?) or alternative rock with a raw approach, this album is still well worth looking into. 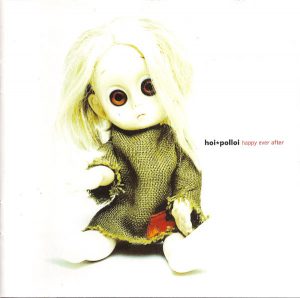 So, what are your thoughts on and experiences with the album Happy Ever After? Do you recommend it? If so, why?

“Stepping Up to the Microphone” by John DiBiase