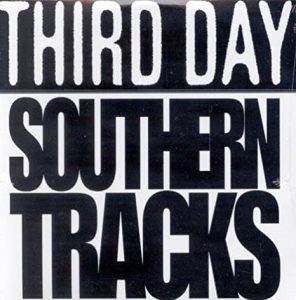 As Third Day gets ready to release a new album next week (titled Move — we recommend it as well!), it’s tough not to look back over what the band has created since their 1996 debut. But in 1999, the band released a more rootsy album titled Time, leaving behind a lot of the rock elements from their first two records (their second one, Conspiracy No. 5 especially). But that’s where the exclusive bonus disc Southern Tracks came in. As a bonus disc packaged with certain copies of Time, the Southern Tracks EP was more or less the rockier side of the band that wasn’t quite as represented on Time. While some fans might be tempted to dismiss it as a “b-sides” release or a collection of subpar 3D songs, it couldn’t be further from the truth. The four songs do stand well on their own, especially the edgier souther rockers “Long Time Comin'” and “Underwater.” It’s pretty tough to find this project for purchase under $20 these days, but no true “Gomer” should be without this one.
– John DiBiase

So, what are your thoughts on and experiences with the album Southern Tracks? Do you recommend it? If so, why?

6 Christmas Albums to Check Out from 2020

We Recommend: Switchfoot, “The Beautiful Letdown”