It’s been an interesting past couple of weeks as we continue to adjust to life as new parents. Or, as Marty McFly might say, “It’s been… educational!”

We’ve recently had a Valentine’s Day day trip to dinner and a movie, a pediatrician check-up visit (he’s just over 16 lbs now and doing fine!), and just last night, we fed him his first bit of rice cereal — the first food he’s eaten that hasn’t been straight from his momma (errr… in some form or another).

Last night I was carrying the garbage bags out to the snow-covered curb when I saw one of my neighbors as he was walking his dog. The man, who’s probably in his late 40’s, early 50’s, is a father himself (I think his kid/kids are all grown up now though) and when he saw me he said, “Heeeey! How’s the baby?!”

“…you hear him when you’re walking your dog??”

Not really knowing what else to say, I nodded, verbalized my agreement, and headed back inside. “A transition” is probably a masterpiece of understatement, but it’s certainly truth. The last time life changed drastically was when I got married almost 8 years ago. There really aren’t too many moments in life where things change SO much all at once. But having a baby is probably the biggest change you can have in your life — especially when you’re used to life a certain way.

But it’s a transition that parents need to make and live with. Will just turned 4 and a half months and he’s changing all the time. It’s certainly been an interesting time already! 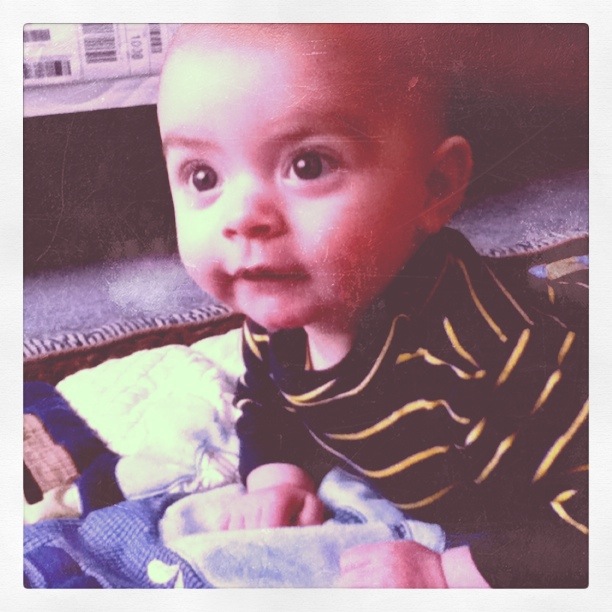