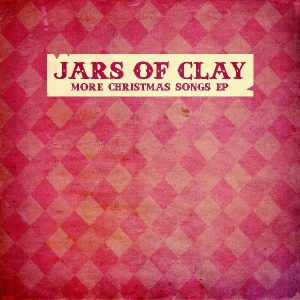 In 2007, Jars of Clay released an impressive modern Christmas record with a classic feel, titled Christmas Songs. As someone who was weaned on the kind of Christmas music my parents grew up on, I’m a sucker for any new Christmas music that even has a hint of what resembles real “Christmas music” to me (plus, I just plain dig Jars). Now, four years later, the guys have released three new recordings: two covers, one original, aptly titled More Christmas Songs. It may not be quite as good as their previous full-length, but anyone who enjoyed that album should like these new additions. Also, the guys take a slightly more acoustic approach here than their recent projects.
– John DiBiase

Our synopsis: “A nice extension of one of CCM’s best Christmas albums.” (Recommended by JFH’s John DiBiase)
Perfect For: Christmas time!
Song Highlights: Well… there are only three songs on here, but the best might be their original, “Almost Christmas”

So, what are your thoughts on and experiences with the album More Christmas Songs? Do you recommend it? If so, why?

“Make the Most of Your Time” by J.M. Farro

We Recommend: Jars Of Clay, “The Long Fall Back To Earth”