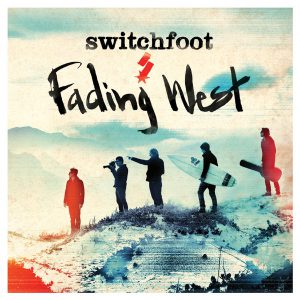 Longtime readers may recognize “2-Cents Reviews” as an appendage onto a reader review, like on this review of the Newsboy’s Take Me To Your Leader, or this review of Demon Hunter’s self-titled debut, or even this review of DC Talk’s 1989 debut. Their original purpose was to give an official rating to albums that otherwise would have none (either due to the fact that they came out a while ago, or no one on staff ever got around to writing a full review). But a reader had to write a review of the album first in order to get a 2-Cents Review.

Recently, the staff was having a discussion, and after going through a variety of different topics, somehow it came around to our current review format. That is, that albums, if they are reviewed, have a main opinion and a second opinion, and if not reviewed, a reader (ie, you guys) can send in their own review that might get posted if it is fair enough (and written well enough), and might get a 2-Cents Review as well. In any event, someone on staff (actually me, but I digress) suddenly came to realization that, well, why not have more than two staff reviews? We’re not bound by any strict “Music Website Code,” that firmly states, “Thou shalt not review an album more than twice!” Plus, with more reviews comes either more diversity or a stronger consensus, so the readers can get a clearer idea of what the staff as a whole thinks, not just one or two people on staff.

But then, as soon as I thought that, I also realized, “…but then someone would have to actually write those reviews.” And I can tell you, writing reviews can be a very tedious chore. Not to mention that it is a chore for a reader to read them all. But then I thought about those 2-Cent reviews: Those are easy enough to write. They are about a paragraph long. Easy to write, and easy to read. Diversity of opinion is offered, readers are more interested, it makes our site even more unique, and since 2-Cent Reviews were already offered in some capacity, it would not be hard to implement. Everyone wins!

As such, Fading West is the first album to receive this treatment. Not because we are biased fanboys of Switchfoot and just want to keep gushing out praise for them, but because, well, they were the first truly “big” album of the year that many staff members have heard and wanted to offer their thoughts on, and hopefully the first of many. Simple as that.

Hope you guys like the idea. Let us know what you think!