David Crowder Band was a genre-blending wrecking ball of creative energy that co-existed in a timeframe when most worship-based artists played it safe. Some would even say they dared to be “unsuccessful” in lieu of pushing the boundaries and chasing the muse. I liked that about them then, but appreciate it so much more so now ten years since their last release. I miss them. I KNOW the Christian music industry misses them.

Forming in 1996 and running through 2012 while releasing six label-backed albums and various other projects, they were certainly prolific. However, upon closer examination, it’s even more impressive when you notice that they dropped six label albums in the span of 10-11 years between 2002-2012. And if you know DC*B at all, you know their penchant for nuance, detail, Easter eggs, and generous album runtimes. These were anything but slapped together to keep relevant. I dare say, each was a work of art.

Anyway, by way of reminiscing, and celebrating their 10 years gone, I thought I’d rank their six major releases in order of my least favorite, to favorite. I’d go so far as to say they are all well above average (a feat not many can claim) but I just like some better than others, and I’ll try to describe why below. I chose to just stick to the six and forgot the Christmas record and various eps so I could get this done and not bog down. So here goes…

It’s a good beginning with several standout songs like “Our Love is Loud,” “God of Wrath,” a great cover of hymn “All Creatures of Our God and King” and two modern worship staples (especially for youth groups of the era) in “You Alone” and “Undignified.” However, there would be much better to come…

I toyed with this being my #6 because I’ve never really connected with it as a whole album, but upon further review it has too many top-notch songs to deny it Top 5 status. In fact, I’d say the first half of the album is all great, and you can toss “We Won’t Be Quiet” in that category too.

On days when I’m feeling sassy I may rank Illuminate ahead of Give Us Rest, but this is momentary insanity as it’s a great album to be sure, but not nearly the match for their epic swan song. Still, this may have been DC*B at their commercial rise with their cover of “How He Loves” later in 2009 being their peak. This is certainly their youth group peak if you ask me, with “Oh Praise Him (All this For a King) “Open Skies,” and “No One Like You” filling many a Wednesday nights set list. Personally, I’ve always been drawn to “Intoxicating” “Deliver Me,” “Heaven Came Down,” and closer “Stars.” You can definitely hear the more experimental side of the band poking through the more congregational songs as a precursor of more daring songs/albums to come, but this may have been the band at their most accessible.

I’m sure this will shock many to see this masterpiece so low…It’s a justifiable 5 Star album and Top DC*B pick for many. My only (weak sauce) defense is that this has nothing to do with quality, and everything to do with listenability. Very rarely am I in the mood, or have the concentrated time to consume this all in one sitting. At over 100 minutes long it’s a big ask, and while it is an amazing album it only drops to this ranking for that reason. Disc 1 is perfect. “Oh Great God, Give Us Rest” is among my favorite DC*B songs of all time. “God Have Mercy,” After All (Holy)” “Let Me Feel You Shine,” and “Because He Lives” are other favorites. One of three genre-rattling classic worship albums if you ask me.

Perhaps the most daring and ahead of its time album in their catalogue, Church Music sees the band pushing the limits of what people would consider congregational music into the future with electronic and EDM sound textures. That, and each song blending seamlessly into the next gives the album a very cohesive feel whereas some of their work has a whiplash effect of genre jumps. This is another long album, but for some reason (maybe the electronic nature) I gravitate toward it in ways that I don’t to Give Us Rest. There’s not a song on this record that I dislike. That’s rare. My favorites are “Alleluia Sing,” Shadows,” “We Are Loved,” “Can I Lie Here,” “Oh Happiness” and “Church Music – Dance.” In fact, the whole stretch from “We Are Loved” through the end, a ten song span, are perfect. Such a great album!

The bluegrass. The cover songs. The physics. The congregational offerings. The experimentation. The vibe. The lyrics. My all-time favorite DC*B song. It’s all here. The transition from the rousing “Come Awake” to the rock moment of “You Are My Joy” is my favorite overall moment. I also love the covers of “I Saw the Light” and “O God Where Are You Now,” as well as the opening quartet of songs that set a very accessible tone to the album before branching out into more bluegrass- infused moments. “Rescue is Coming” is a fitting (proper) end to a dizzyingly-great album.

If you enjoyed this post you can read another like it HERE were I rank their Top 20 Songs in my Top 20 Songs By 20 Artists series from a while back.

How would you rank them? Let me know in the comments!

Also, If you’re interested in further digging, I found an article that attempted to parallel all 6 of the albums HERE. What do you think? They might just be on to something. 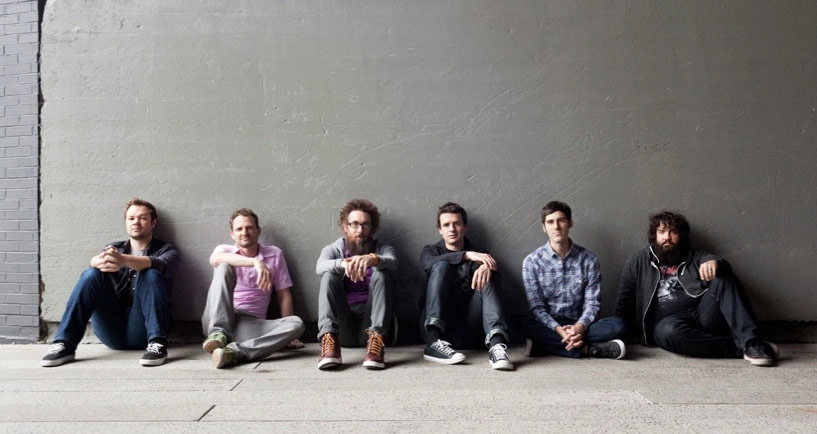