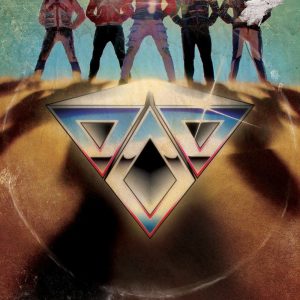 Happy New Year! As we get set for another year in music (which is looking pretty promising if you ask us!), let’s keep glancing back at some standout records of 2008. Another favorite this year was Family Force 5‘s Dance Or Die — an album that took the crunk rockers into the dance music scene. If you’ve ever seen these guys live, you know they’re an amazing live band who can entertain like few others. Sure they may seem silly to those who take their music just a bit too seriously, but these guys know what it takes to put on a good show, and they do it with ease. Dance Or Die is a new era for the five and maybe a bit hard of a pill to swallow for those who were attached to their first record. Dance Or Die even introduces a couple of ballads into the mix — a daring and brave move on the band’s part. While it works for them, it does disrupt the album’s energy flow, but the tracks have proven to be some of the fans’ favorites. And while there isn’t an in-your-face spiritual message, the band does take us to higher altitudes via “Radiator” and “D-I-E 4 Y-O-U.” There’s something about this band’s albums that make them extremely replayable for me. Dance Or Die is one I keep spinning long after a fleeting favorite is removed from my car stereo’s rotation.

Our synopsis: “Fun and funky with an emphasis on dancing to save the human race (?!), Family Force 5’s Dance Or Die is no sophomore slump. It’s proof these guys will be around for awhile.” (Recommended by JFH’s John DiBiase)
Perfect For: Dancing, fun, and bold faith (“Radiator”)
Song Highlights: “Dance Or Die,” “Wake The Dead,” “Get Your Back Off The Wall,” “Fever,” “D-I-E 4 Y-O-U”

So, what are your thoughts on and experiences with the album Dance Or Die? Do you recommend it? If so, why?

“Which Do You Prefer? EP or LP or Singles?” by John DiBiase

We Recommend: Bradley Hathaway, “A Mouth Full of Dust”

We Recommend: Audio Adrenaline, “Some Kind of Zombie”