We got to make a short stop at Mt. Rushmore last week.  I had been before as a kid, but my memories were a bit blurry.  It was right on the way, so we decided to stop and take a peak.  As we drove up the mountain and gazed upon the chisled faces,  I was in awe at the fact that human beings could actually carve something so massive.   After reading all about the process of how it was accomplished, it was truly unbelievable.  400 laborers were involved.  Dymamite was involved.  Lots of Dynamite.  It cost $989,992.32  The Sculpture was started by Gutzon Borglum in 1939, and was completed until under the supervision of his son, Lincoln.   Though I was truly amazed by the scultpture,  a quote stuck in my head as we watched an informative video.  A Critic by the name of Matthew Glass scorned Borglum and said,  “What arrogant stone carver could possibly intrude upon God’s mountain sculpture?” I started thinking about all the amazing things we humans can actually create.  Skyscrapers and helicopters,  iPods and digital cameras, yet nothing will ever hold a candle to God’s creation.  A photograph can get close…but to actually see that beautiful sunset with your own eyes is a thousand times better!  I began to think of Job and when he got into and argument with God.  This was God’s response to Job-

“Where were you when I laid the earth’s foundation? Tell me, if you understand. Who marked off its dimensions? Surely you know! Who stretched a measuring line across it?  On what were its footings set, or who laid its cornerstone-while the morning stars sang together and all the angels shouted for joy? Who shut up the sea behind doors when it burst forth from the womb, when I made the clouds its garment and wrapped it in thick darkness,  when I fixed limits for it and set its doors and bars in place,  when I said, ‘This far you may come and no farther;  here is where your proud waves halt’?

I think we all tend to have times of arrogance in our lives.  Sometimes we think we have it all together and need to tell everyone else how it should be.  Sometimes we get so confident in our own accomplishments that we lose sight of the source,  the one who gave us the ability to create, sculpt, write, build…Don’t forget that God is the source.  He is the Creator, and only through him is anything possible. 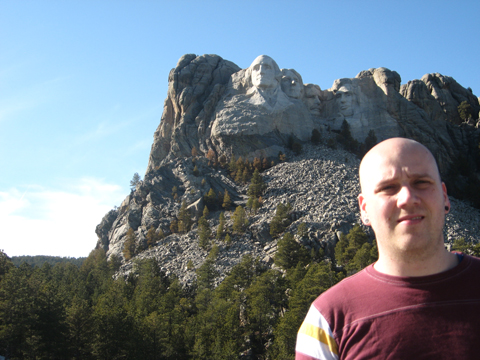 “Effectively Tackling a Prayer Burden: Praying With a Sense of Spiritual Weight” by Charles F. Stanley

“The Coon Whisperer” by Me In Motion

“Alone but Together” by Hanna Kim