This is a continuation of my last post where I ranked all the Relient K CDs in order of my favorites. Reading through all the comments that post received, it’s pretty obvious I’m not the only one that holds Relient K in a place close to my heart. I had a lot of fun reading through all the reasons for the different rankings you guys put together to show me up, and tallying up the votes. Hearing all your memories of certain songs or CDs, and buying their CDs on release day, etc was great! Anyway, here we go: 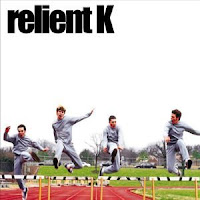 No real complains here, just an understanding that it was their carefree beginning. Though, a few of the rankers admitted to actually having never heard this one. To which I say, do yourself a favor. If you didn’t hear it when it first released, a lot of the appeal is probably lost, since this one exists best in that nostalgia section of the brain, but even still. Songs like “Wake Up Call” are as catchy now as they were in 2000. 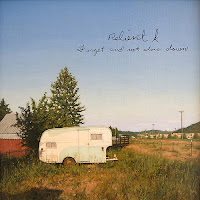 A common criticism was that the subject matter was simply too depressing. I can’t really jive with that argument, I mean, yeah the subject matter lends itself to melancholy, but this record is so hopeful. Another criticism I saw a couple of times was that it is the least spiritual of all of their releases, to which I say “on the contrary,” because it’s the most spiritually mature album to come out of CCM in a long while, but I guess I’m just trying to defend my favorite CD, huh. And that’s not really fair to this list, haha. You guys ranked this one at number five, and that’s where it is. This one appeared in first place about the same number of times it appeared in last place on your lists, a testament to the diversity in opinion. 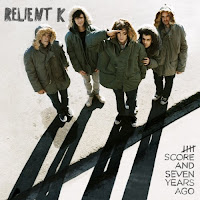 This one got high marks (And I want to state that numbers 5, 4, 3, and 2 were all within 8 marker points of each other on this list…it was close) because it’s a fun record. I enjoyed reading the comments that basically said “Look, it’s not their best work, but I had a girlfriend at the time it was released and…” It was great. That’s part of what makes Relient K music so great, because it’s so easy to connect with a certain time in your life. No shame, no shame. Oh, and tons of people called me out on my negativity towards “Deathbed.” I’ll have you all know I heeded your words and went back and listened to it again to see if I could change my own mind. I tried. I did. I’m sorry… 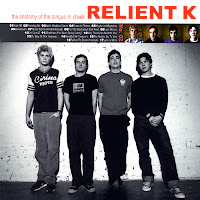 This one recieved high and low marks for being corney and goofy. I guess it just depends on what kind of music you enjoy, and what part of your life you were living out when you first heard it. It was noted that this one blends spirituality and goofiness in a very fun and entertaining way, and I couldn’t agree more. I also agree with the comments that mentioned that they were in the process of defining themselves. Honestly, many of the kids listening to this one when it released were in the process of defining themselves as well. I know I was. Lots of good memories associated with this release for all those who ranked it high on their lists, I’m pretty sure. 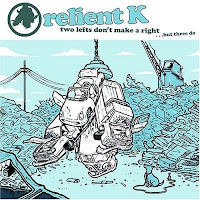 This one got ranked highly on most lists, but without any real clarification. A few things I read were that it had classic written all over it, and that they really came into their own on this one. I think this one ranked as high as it did because Relient K was maturing along with their audience. Their first CD was fun, their second one was spent defining their sound, and their third one was where they finally settled down and said “This is who we are.” I think of lot of kids were able to relate to that maturation over the course of three years. That’s why in my rankings, I said this one just had that X-factor. I think a lot of people relate to that idea too, hence why this one just happened to be atop many of the lists without much of an explination. 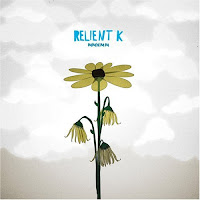 It was a runaway. It appeared at the top of just under a third of the lists, and is the only one that holds the distinction of not being ranked last. Once Relient K had decided who they were on their last release, they began defining and tuning their sound, and this is the first one that displayed what we now know as Relient K. A lot of people think of their CDs as the front half (their first three) and the back half (their last three) in terms of their overall sound, and this one marked that transition. I know a lot of people that also, sadly, think of this as the last good Relient K CD. Even though I’m no huge fan of the one that followed this one, I couldn’t disagree more. While it appeared in third on my list, I whole heartedly approve of this one sitting atop this particular list. It earned it. There was nothing more exciting than Relient K when this one released, and boy, did they deliver.

A couple of people suggested putting together a list of my favorite RK songs of all time, and then I’d ask you guys to do the same, and we could see how the lists compared (Something tells me EVERYONE’s lists would be a lot different…) What do you guys think?

“Life Lessons from a Newborn” by John DiBiase