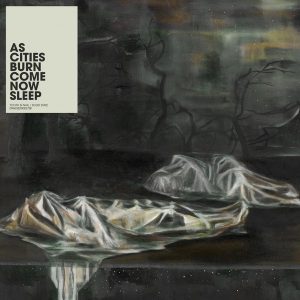 As Cities Burn had a great start on Solid State Records, but after Son, I Loved You At Your Darkest, they seemed to be done due to having no lead vocalist anymore.  Thankfully, they got the position filled and they came back with Come Now Sleep.  It was one of those seemingly rare instances when a band changes their sound in some way and fans don’t revolt.  The sound was missing the screaming from their debut, but the lyrics were still as powerful and convicting as they were, while retaining a somewhat aggressive indie sound.  Come Now Sleep was not only a relief for As Cities Burn fans, but it was also a great album that met fans’ expectations.
~ Scott Fryberger

Our synopsis: “Convicting indie rock from a band that almost didn’t make it.” (Recommended by JFH’s Scott Fryberger)
Perfect For: Worship, conviction, humility
Song Highlights: “Empire,” “The Hoard,” “This Is It, This Is It,” “Wrong Body,” Our World Is Grey”

So, what are your thoughts on and experiences with the album Come Now Sleep? Do you recommend it? If so, why?