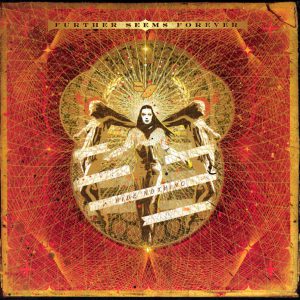 Further Seems Forever was arguably one of the most well-loved emo-ish Tooth & Nail bands in the early 2000’s.  Despite their constant lineup changes (most notably the fact that they had a different vocalist with each new studio album), people stuck by their side as they continued to release quality rock music.  Recently, it was announced that the original vocalist Chris Carabba (who, after leaving, headed up the mainstream band Dashboard Confessional and had a fairly successful run) has teamed up with FSF once again.  In anticipation for whatever they’re going to do next year, I thought I’d recommend what is my favorite FSF album, Hide Nothing.  Most fans prefer The Moon Is Down, and while it’s definitely a good album, Hide Nothing speaks a lot more to me personally.  The songs are hopeful and powerful, and Jon Bunch’s vocals compliment the intricate musicianship near-perfectly… even if the entire album is less than a half hour long.  If you haven’t heard Hide Nothing (or any other FSF music), do yourself a favor and listen to it, and get ready for something new from the reunited group pretty soon.
~ Scott Fryberger

Our synopsis: “FSF’s triumphant return and final run (or so we thought).” (Recommended by JFH’s Scott Fryberger)
Perfect For: Grace, being yourself, faith
Song Highlights: “Light Up Ahead,” “Hide Nothing,” “Like Someone You Know,” “Make It A Part,” Call on the Life,” “For All We Know”

So, what are your thoughts on and experiences with the album Hide Nothing? Do you recommend it? If so, why?

We Recommend: brave Saint Saturn, “so far from home”