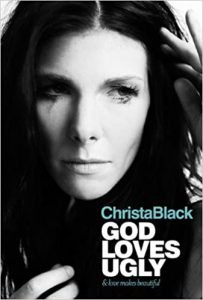 I got to my hotel in Washington D.C., dropped off my bags as quickly as I could, and headed out in full patriotic fashion to explore my nation’s capital.  I only had several hours to wander before my gig with Michael W. Smith and was determined to see as much as possible.  So with camera in hand I headed out on foot.

I was glad to be heading out alone, exploring at my own pace without being tied to a big group or a fact-jabbering tour guide.  I strolled across the grassy mall, sat by the beautifully serene fountain in front of the Washington Monument, and stood in front of a stoic stone Lincoln while filling up my camera with every angle possible.  Agenda-free meandering finally led me in front of the Jefferson Memorial, all the while feeling wildly patriotic as choruses of I’m Proud to be an American paraded through my head.

In an instant, menacing clouds eclipsed the clear sky, thunder clapped, and I turned around just in time to see huge sheets of rain begin to pound the hot summer streets.  The storm hit so suddenly that there were no vendors ready to exploit tourists with ridiculously priced umbrellas.  At that point, I would have been grateful for them and paid just about anything.

I stood there for five…ten…fifteen minutes watching the blackness pour, and unfortunately, the sky didn’t look like it was going to let up any time soon.  The more the rain came down to cool off the earth, the more my blood began to boil.

“I just washed my hair this morning.  I don’t have time to wash it again before I have to play my show!  My clothes, shoes, my purse—everything is going to get completely soaked if I walk outside to even try and hail a cab!  Good grief!  I don’t have time for this, much less want to deal with the inconvenience.  Doesn’t the rain know better?  How dare the rain drop in and ruin my perfect sightseeing day!”

I brooded in self-pity for a good while, feeling sorry for myself at the hands of this annoying predicament that had plowed in and demolished my plans.  Annoyance rapidly turned to anger, and since I didn’t know exactly who or what to get mad at, I got mad at everything: the rain, Washington, me for being so stupid and forgetting to check the weather, the non-existent umbrella salesmen, my shoes for not being waterproof, and, of course, the hotel for being so far away.  If you had walked by and smiled at me, I would have been mad at you for being happy in the midst of my misery.

In some situations anger can be justified, but in others, it does nothing but ruin the moment that you are in and everything around you.  This nasty type of anger can be a poison that consumes everything in its path without rhyme or reason.  The second I gave myself permission to agree with its talons, the feeling permeated like red dye in clear water, quickly changing the entire glass.  One part of me didn’t get angry—every part of me got angry, and I saw the entire world through that fiery filter.

After several minutes of loathing, a very unexpected light bulb went off in my head.

“Hmmm, so I’m mad at the rain, but is my anger actually doing anything to stop the rain?  No.  And I’m mad at myself for not checking the weather, but why would I check the weather on a perfectly clear, sunny day?  I wouldn’t.  And I’m mad at my hotel for being far away—good grief.  How ridiculous am I being right now?”

Being mad at the rain did nothing to stop the downpour.  It only ruined a day that I could never get back.  I realized at that very moment that I always had a very clear choice:  1) I could get angry at something that was completely outside of my control and be miserable or 2) I could accept my wet fate, throw a forced smile on my face that might turn into a real one, and go puddle jumping.

I hadn’t had that much fun in a storm since I was a little girl.  I’m sure the strangers who happened to catch my sideshow thought I was crazy—singing, dancing and jumping around like an idiot.  But I didn’t care.  I had just discovered a secret, a jewel, a treasure of the universe.  I had found the power I possessed inside of myself to choose life in any situation, regardless of what my emotions were instinctively telling me to do.   And let me tell you, it took an act of my will.  It was anything but easy to push away anger that came so naturally and turn towards something good, but the strength and power for overcoming is inside us all, and I had just found that power.

I began to write and sing the chorus, “Black Monday, you can’t get me down, no, no, no.”  And with every note, with every word, with every sloppy puddle jump, I got further and further away from an anger that would have ruined a day I could never get back.

***FREE SONG DOWNLOAD!! — The first five readers to Tweet about this blog and tag both @jfreakhideout and @godlovesuglybk will be given a free download of Christa’s song “Black Monday!”***

“The Victor” by Jasmine Higgins of Life UNLTD

Desperate: The Art Of Falling Forward by MC Hamsa