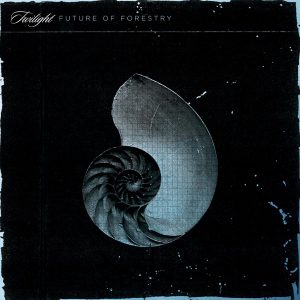 The last couple years in the history of Future of Forestry have certainly been interesting.  With the release of a magnificent trilogy of EPs found in the Travel series as well as a sequel to their finely-crafted Advent Christmas EP (not to mention Credential Recordings recently releasing a “best-of” collection of the band’s work), Eric Owyoung and friends do a effective  job of staying consistent and memorable in their listeners minds.  Stepping back from their current course, however, one should not forsake where FOF first began in 2007’s Twilight.

It’s a shame this record shares its title with a certain series of novels dealing with vampires and werewolves, but ignoring these regrettable connotations, this record has one of the best ethereal rock sounds this industry has seen.  Flawlessly mixing unique worship and masterful instrumentation, tracks such as “All I Want,” “Gazing,” and “Stay Beside Me” wonderfully exemplify congregational worship without sacrificing an artistic tendency.  Many songs carry long instrumental periods without vocals full of resounding guitars and keyboards, which prove to be just about as powerful as the lyrics.  It’s also worth mentioning that the title track is sincerely one of my favorite love songs of all time, capturing the tensions of entering communication with both the Lord and a loved one (“When we sat down to pray/if you saw my eyes/You’d know I just couldn’t close them/not all night”).  It’s this atmospheric, echoing style that makes Twilight so distinctive and so unforgettable.

It’s astonishing to believe that this is the only official full-length album from FOF, but hopefully it won’t be the last. Though the band has evolved quite a bit in their existence, including untraceable personnel changes and opting for shorter, more frequent projects, Twilight is a record no fan of both worship and rock genres should bypass.

Our synopsis: “Ethereal indie rock with a propensity of worship fuel Future of Forestry’s unashamed and dexterous 2007 debut.” (Recommended by JFH’s Roger Gelwicks)
Perfect For: Divine Romance, Adoration and Worship, Self-reflection
Song Highlights: “Open Wide,” “All I Want,” “Twilight”, “Sunrising,” “If You Find Her”, “Stay Beside Me”

So, what are your thoughts on and experiences with the album Twilight? Do you recommend it? If so, why?

“Power and Wisdom from Christ” by J.M. Farro