Happy 25th Anniversary to Jars of Clay’s Much Afraid album!

Initially, I was disappointed that Much Afraid didn’t sound like the Self-Titled, but I eventually came to love it, just in a different way. I would have recently turned sixteen when this album dropped, a new driver who was consumed with high school baseball. Though I had my car it did not have a tape deck or CD player, so my primary mode of listening to the record would have been my boombox. After the shockwave of realizing this album would be its own thing I slowly began to appreciate its nuance and lyrical depth. This album taught me to stretch with a band that truly never made the same album twice, a fact I find rare and laudable. 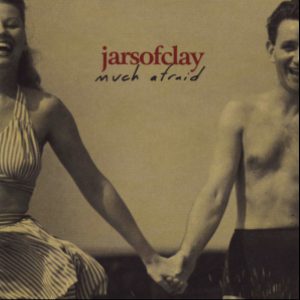 Much Afraid toned down the drum loops, and the string sections, and probably set false expectations of it being a rock record by releasing “Crazy Times” (an amazing electric guitar-led tune) as the first single. The problem was the rest of the album was more laid back and didn’t fit the first single or their previous work. It confused many fans, myself included. What Jars of Clay could have done was “more of the same,” but I’m grateful they chose the long play and took the artistic road less traveled, rather than the easy, often more profitable one.

So they plugged in the guitar, went with live drums, and featured a more European alt-rock sound influenced by producer Stephen Lipson. Mainstream listeners didn’t respond to it like they did “Flood” though Christian audiences were a little more receptive. I wonder if this wasn’t the turning point for Jars where they originally didn’t start out wanting to be a Christian band but became so by default. The name and theme of the album have always hinted at this idea to me, a fear of what would happen if they set out beyond the often restrictive walls of the genre known as CCM. Either way, the album has become largely beloved in their fandom, though it took longer for many of us to get there. Critics were a little more split in their opinions, but I’d be curious to know what anyone who reviewed it twenty-five years ago would say about it now. Maybe it just needed time to sink in. 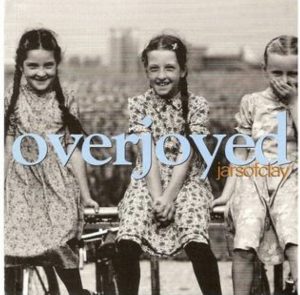 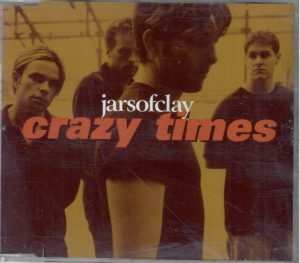 “Overjoyed” is strong, though mid-tempo opener that wastes no time getting started, though I think the song “Fade To Grey” would have been a better opener. Speaking of “Fade To Grey…” Can you imagine if they hadn’t held it and “Frail” back from the debut?! Both were previously l released on their indie album Frail in 1994, so they predate the Self-Titled debut. I’m not sure why they held them off, but for my money, they are the two best songs on the album, though the killer electric guitar solo in “Crazy Times” puts it in the conversation as well. Other highlights are the gorgeous “Frail” (which was updated from the 1994 version to include lyrics this time around) the acoustically strummed angst of “Tea & Sympathy,” and the bubbly “Five Candles (You Were There).” Other standouts are, the enormous and ominous chorus features on “Portrait of an Apology,” and the gently poetic closer “Hymn” which became my bigger favorites with each successive listen. 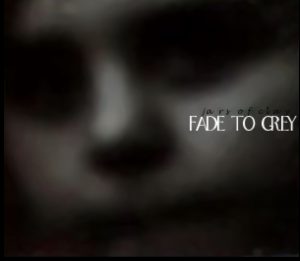 A few standouts that I cherish…

Verse 2 of “Weighed Down” 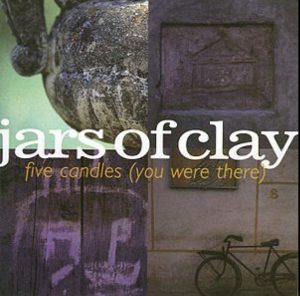 There isn’t a need to skip a song, though some may contend that the back half of the album is weaker. I would have been one of those detractors perhaps fifteen years ago, but as I’ve spent more time with the album and the lyrics specifically, I’ve come to more fully appreciate the cohesive piece of work. All in all, Much Afraid is a terrific album and I cannot believe it’s been twenty-five years since its release. Ultimately I think it holds up extremely well. Some will claim this one as their favorite Jars album, and though it isn’t that for me, I would say it’s at the very least a 4.5 Star album, though I’ve grown to appreciate it on a 5 Star level over time. Additionally, I was fortunate enough to have a friend sell me a copy of it as I began a modest vinyl collection and I would unquestionably consider it a must-own on vinyl if you’re a fan of the band and a collector of the medium. Give this one a 25th-anniversary re-listen and see if you agree! Is it 5-Star worthy?

“The Chair” is a b-side that would have fit either the Self Titled or Much Afraid, and I wish they’d included it on either one, specifically Much Afraid.