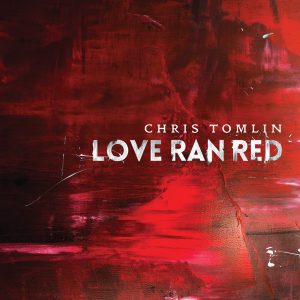 Conan O’Brien’s late show recently produced a clever spoof ad from Apple in response to their recent polarizing U2 album release. In the clip, an Apple exec describes the company’s new machine that not only erases Songs of Innocence from the user’s iTunes library, but also erases any knowledge or memory of the band from the user’s brain. One complaining hipster, groggy from the machine’s effects, is then introduced to the “latest album from Irish rock legends U2.” His reaction? “These guys are really good!”

Modern culture, bereft with snarky fake news and vitriolic comment threads following real news, has sadly gotten really good at thumbing its nose at products or people it deems unworthy, passé, or irrelevant. The vocal minority’s piling on against U2’s latest is a good example. Once targeted by a segment of the population, the album was never given a chance.

The “thumbing the nose” epidemic is no less active (it might even be more active) in Christian culture. Popular pastors and musicians are often targets, and while criticism is often justified, there are certainly times when that criticism is based only on a cultural tide or popular opinion. The actual target is never given a chance.

Is it too much to say that Chris Tomlin is the U2 of CCM Praise and Worship music, at least in the context defined here? Maybe not. Tomlin’s music remains vital and wildly popular, even as some critics brand it as formulaic, boring, or derivative. Here’s an important point to remember, though: if Tomlin’s music is formulaic, and it often is, it’s based on the formula he wrote.

In a recent interview, Tomlin said, “My focus has been writing to give the church a song to sing. This record is no different.” And he’s exactly right. One can look elsewhere for metaphor and surprising innovation, even in the Sixsteps family (read: Crowder). Tomlin writes songs that praise bands can play and that churches can sing (sometimes, admittedly, in a slightly lower key). That doesn’t, however, mean the songs are necessarily of low quality.

Here’s a good example. Tomlin’s new album, Love Ran Red, is pretty standard Chris Tomlin fare, with no unexpected departures from the norm, either lyrically or sonically. It’s praise and worship music in a world where praise and worship music is both pervasive and often pedestrian. However, this is good praise and worship music. The (parenthetical) title track features the line “At the cross, at the cross, I surrender my life, I’m in awe of You, I’m in awe of You.” By itself, that’s a good lyric, but worshipers have heard that concept a thousand times before. The line that follows elevates the song. “Where Your love ran red, and my sin washed white, I owe all to You, I owe all to You.” Imagining the song in a congregational setting, that last phrase is key. It moves the worshiper from a sentiment that’s more of a platitude these days (I’m in awe of You) to a response that is personal (I owe all to You), and does so effectively, with an internal rhyme that makes the pairing memorable.

I’d be first in line to hear Chris Tomlin break the mold in some way, and I’m not suggesting that Love Ran Red is without flaws. But it’s his own mold he’s choosing to fill, and he’s working to fill it as well as he can. Listen to the album; Tomlin’s not just mailing it in.

If a free album from the world’s foremost rock band can be met with “This is so below me”-flavored snark, then it’s no surprise that every new Chris Tomlin release might face the same a priori criticism. It’s one thing to deride a genre for not living up to its potential, or an industry for forcing artists into a flavor-of-the-day (or, in the case of Christian music, flavor-of-the-decade) sound. It’s another to dismiss the whole thing because you think it’s unworthy of your lofty tastes. Wouldn’t it be better to notice quality, even in a saturated genre, applaud it, and constructively point out how it might be improved?

“Seek Him Expectantly” by J.M. Farro