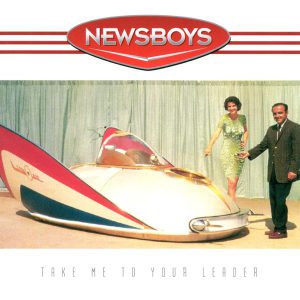 As JesusFreakHideout.com celebrates 25 years covering the Christian music industry this year, we’re looking back at some of the great music released in the year 1996. Today, on the 25th anniversary of its release, we look back on the Newsboys‘ alternative rock epic Take Me to Your Leader.

The History: Formed in Queensland, Australia in 1985, the Newsboys had a less than auspicious beginning as a fairly cheesy Christian pop band, with three albums (Read All About It, Hell Is For Wimps, and Boys Will Be Boyz) that failed to draw much attention and constant turnover at every instrument, other than lead vocalist John James and primary songwriter/drummer Peter Furler. That all changed in 1992 when the band began a partnership with Steve Taylor, whose clever and forceful lyrics and disciplined production rocketed the band’s fourth album Not Ashamed into credibility and commercial success. More than half of the album’s ten songs ended up charting on Christian radio.

Two years later, guitarist Jody Davis and keyboardist Duncan Phillips (names that you might recognize) joined the Newsboys and the band raised their game significantly with fifth album Going Public, with Peter Furler taking over most lead vocal duties (including on classic Newsboys tracks “Shine,” “Spirit Thing,” and brilliant closer “Elle G.”) and Taylor’s often hilariously insightful lyrics continuing to earn their legendary status. “Shine” has been named a top ten song in Christian music history by CCM Magazine—I’m sure I’m not the only one that practiced memorizing every word–and seven of the album’s ten tracks charted on Christian radio. Jeff Frankenstein joined as keyboardist at the end of recording, allowing Phillips to switch to full-time percussion. Furler and Phillips’ epic live drum-offs and frontman John James’ shiny colored suits were huge youth group chatter as the band opened for Steven Curtis Chapman on the Heaven in the Real World tour. It seemed the Newsboys were on a rocket upwards; the only question was, how could they top this?

The Album: And the answer: wow. While the previous album featured some flirtations with a real rock sound (“Lights Out”), the Newsboys to this point were still very much a youth group pop band; while Furler continued to win CCM Magazine Reader’s Choice polls as Christian music’s favorite drummer, the drums on previous albums were heavily sequenced and covered with the production sheen of early 90s pop music. There’s none of that here; the liner notes of Take Me to Your Leader directly state that “this album contains no sequencers or loops.” The incredible opening song “God Is Not a Secret” is not just a first track—it’s a declaration in every way: the Newsboys were no longer a pop act, they were a rock band here to take a stand for their music and their beliefs. The raw and prominent snare drum (a relatively new discovery for mainstream Christian music just three months after the release of DC Talk’s Jesus Freak) and noisy guitar swirl around Furler’s powerful delivery of possibly the most straightforward and brilliant lyrics that Steve Taylor ever wrote, elevating the “fun evangelism” content of “Not Ashamed” and “Going Public” to a passionate crescendo in the bridge: And would I wash my hands again / Would I deny my Savior when / He hung inside the public square / Did not my silence put Him there? The unwavering boldness of both the message and the musicianship had never been fully realized quite this strongly on a Newsboys track before (and would be topped just thirty-five minutes later, but more on that shortly). 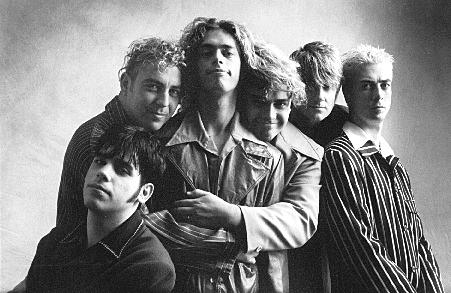 After such a massive opening, Take Me to Your Leader generally settles into a really good alternative-pop groove, with the fun and funky title track, cheerful first single “Reality,” and all-time concert favorite “Breakfast” whose theologically curious refrain and spunky intro guitar riff has never left the Newsboys live setlist for good reason. There are also moments of aggressive rock (“Breathe,” “Cup O’ Tea,” and the underrated John James-led “Miracle Child,” a great song that was incredibly the only one of the album’s eleven tracks that did not chart in a Christian radio format). There’s even the beautiful acoustic “Let It Go,” a huge success for a band that had struggled to produce a sincere ballad previously.

And then…there’s “Lost the Plot,” a raw and emotionally devastating reflection on lazy Christianity, the last two minutes of which are a blistering catharsis. I don’t make this statement lightly; there’s not a moment in 1990s music that shook me the way Peter Furler’s passionate scream did when first heard: Why are you still listening?! / ‘Cause we’re obviously not! / We’ve forgotten our first love, we have lost the plot/ And why are you still calling?! / You forgave, we forgot! / We’re such experts at stalling that we lost the plot. The dynamics of this song are a frayed journey from quiet disaffected reflection to a throwing-things passionate self-rage, and back to a weary apathy. In 1996, it was the most organically sincere reflection of the struggles that we face to live out our faith on a daily basis that had ever been recorded. It still may be that, twenty-five years later. There’s no question in this writer’s mind that it’s far and away the best Newsboys song ever, and there will never be a time when the song doesn’t inspire chills in the depth of my soul.

And then…just to make sure you can catch your breath and end with your gaze pointed upward, the album closes with the quiet acoustic worship of “Breathe (Benediction).” A beautiful moment after a raw and powerful one, and just one of many examples of how perfectly the songs are sequenced. Take Me to Your Leader hits every emotion that you could be looking for in a 1990s Christian alternative release, and there isn’t a bad song to be found—and really, there’s not even a song that is less than memorable. 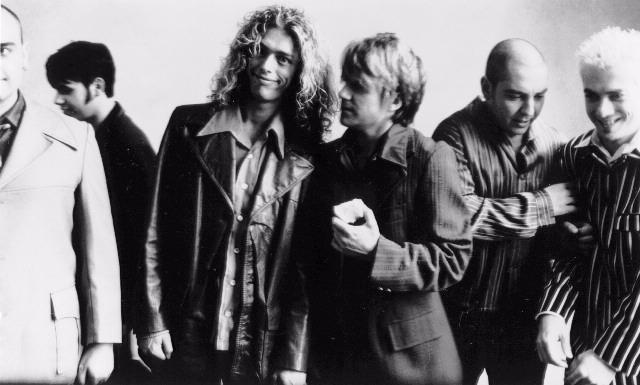 The Legacy: The immediate wake of TMTYL likely remains the most successful run of Newsboys history. Besides starring in the Steve Taylor-written and directed movie Down Under the Big Top—probably the best reason I have to keep my VHS player around—the ‘Boys embarked with Geoff Moore & the Distance and Plankeye as openers on their first arena headlining tour throughout the fall of 1996, sparing no expense to create a high-tech production-heavy tour (including a nearly heartstopping live version of “Lost the Plot” with a background video that still gives me chills to think about). With arenas selling out and secular market distribution through Virgin Records taking hold, the news seemed to be nothing but positive.

Two departures in 1997, though, ensured the News would never be quite the same. First, frontman John James announced he would be leaving the band to return to Australia to go into full-time ministry; he revealed a decade later that this was a cover story, and he actually left due to a severe alcohol and drug addiction that nearly ruined his marriage. (Editor’s note: It’s worth listening to him share his redemption story if you have a chance.) Although James’ role on the recordings had already diminished with Furler singing nearly every notable song on TMTYL, his boundless energy as the live frontman would be difficult to replace. The bigger loss, though, was that of Steve Taylor, who stepped away from his role as primary lyricist and producer, writing lyrics for only two songs for the next album and not credited with any production. The resulting album, 1998’s Step Up to the Microphone, was a monumental step backwards for the band with decidedly less interesting or clever lyrics (you can really contrast the eras by putting “God Is Not a Secret” up next to bland SUTTM opener “WooHoo”), unfocused and overly saccharine production, and a lack of any memorable tracks beyond first single, “Entertaining Angels.”

The Newsboys certainly wouldn’t be permanently defined by one poor album, though—Love Liberty Disco followed in 1999 and Thrive wisely reunited the band with Steve Taylor in 2002. The lineup stayed remarkably stable through the next decade–other than the notable departure of Joel in 2006 and a brief hiatus for Davis–but even when founding member Furler left in 2009, none other than dc Talk’s Michael Tait stepped in as lead vocalist to begin a whole new era, one that amazingly still includes Davis, Phillips, and Frankenstein to this day. Furler and Joel even re-joined the band for the Newsboys United tour in 2018, the setlist of which featured three songs from this classic album (“Take Me to Your Leader,” “Breakfast,” and “Lost the Plot”). And though this current worship-focused incarnation of the Newsboys doesn’t exactly reside in the same “edgy Christian alternative” space as they did 25 years ago—despite three of their four members having been in the band at the time—we always have the brilliant Take Me to Your Leader to return to, a monumental achievement that sounds fresh, alive, and equally relevant all these years later, and a great landmark in Christian music. 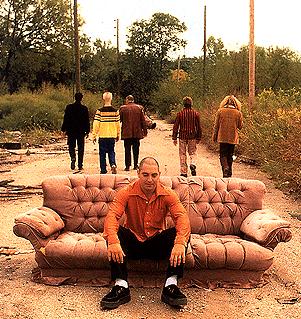