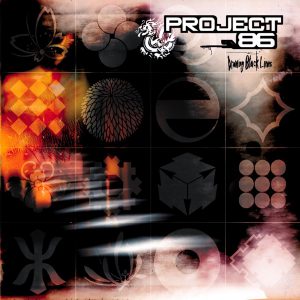 This week, we’ve released the JFH staff’s Top 15 Albums of All Time. One of the titles that shows up on several of the lists is hardcore / rock band Project 86‘s 2000 sophomore album, Drawing Black Lines. For me, this is the album that got me into the band and would remain my favorite full album from them to this day. As well as containing one of my favorite songs by them (“Stein’s Theme”), it’s solid from beginning to end, including bold songs of faith as well as haunting anthems that even tackle such sensitive topics as pornography (“PS”). “Me Against Me” is one of those songs many believers who fight the sinful nature can relate to, while the infectious “One Armed Man (Play On)” rips into the party scene to expose its ugly side. Project has gone on to record several stellar record since then, but Drawing Black Lines has less bitter angst than the delectible Songs To Burn Your Bridges By and feels more cohesive stylistically than their latest, Rival Factions. I can understand the band’s frustration in trying to create each new album with hopes to top this one (and in some fans’ minds, they have), but even when the day comes that they might truly top Drawing Black Lines, this will still remain a hard-hitting and memorable collection of rock songs.

Anyone else familiar with this record? Let us know if you recommend it!

Our synopsis: “Intense hardcore tour de force that remains the band’s best effort.” (Recommended by JFH’s John DiBiase)
Perfect For: Struggles with peer pressure, emptiness, lust. Anthems for the faith
Song Highlights: “Stein’s Theme,” “Me Against Me,” “One Armed Man,” “Chapter 2,” “Set Me Up”

So, what are your thoughts on and experiences with the album Drawing Black Lines? Do you recommend it? If so, why?