Within, without me / Holding me

Messiah / I know you are there

– From “Within A Room Somewhere” 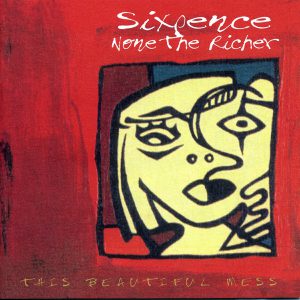 If there is one idea that keeps drawing me towards the gospel, as presented in the Bible, it’s that the Lord can make good out of the crazy messes that we as humans (and me, specifically) find ourselves in time and again. Grace says that you will never get it all together, and that salvation needs to come from without, from another source. And that grace needs to keep coming, even after saving faith in Jesus. I need God’s grace as much today as I did the day I gave my life to Jesus and decided to follow him. The characters of the Bible all had back stories that should have precluded them from being used by the Lord (Moses, David and Paul, three writers who wrote 1/3 of the whole Bible, all murdered someone). But the Lord, in his power and in his grace, can take the mess of our lives and turn it into something beautiful. It takes time though. Moses needed forty years in the wilderness before the Lord visited him in the burning bush. Paul might have had a miraculous conversion on the road to Damascus, but some scholars say that it was about fifteen years till the early church trusted him enough to send him out on his early missionary journeys. Grace in action takes time. The beautiful mess of our lives is sorted out by the Father, day by day, and made into something that can be used to change the world.

I first got a hold of this “beautiful mess” idea from Sixpence None The Richer’s best album, and magnum opus on grace, the dark, heavy and beautiful This Beautiful Mess from 1995, an album that has taken up a place in my soul.

It’s a shame that Sixpence is almost exclusively known for their 1999 novelty hit “Kiss Me”, because the band has such a depth of writing and musicianship that is overlooked. It’s like knowing U2 by their 1998, throw away pop hit “The Sweetest Thing”. There is so much more. Even the album that “Kiss Me” hails from (the band’s self-titled third album) is fantastic, and in no way mirrors that frothy, light-weight hit.

But it was hearing This Beautiful Mess that changed my view on what spiritual music could be. Here was an album that dove into darker themes of depression, loneliness and guilt (the moody alt-rock is the perfect background for this treatise on the darker themes of faith), yet shined a light of the gospel on all those dark place and talked about the redemption of all things.

And man, did it rock. The lighter Sixpence of their later years pales in comparison to the moody, alt-rock band represented on ‘Mess”. The guitars alternately swirl like the classic Christian alternative band The Choir, and crunch like Pearl Jam, yet the pop center is never lost. Add to this the other-worldly vocals of Leigh Nash, and you have an album that sounds both powerful and groovy in every decade.

I first heard the band, a few months after the album was released in 1995. I was at a festival in upstate New York, and the guitar crunch and angelic vocals of first track “Angeltread” summoned me to the main stage to mosh and dance with abandon. In those days of disposable income, I immediately raced to buy a CD and a t-shirt, and I absorbed the dark and beautiful tunes of This Beautiful Mess for months afterwards.

The second song, “Love, Salvation And Fear Of Death” rocks one of the best bass lines in all of rock and roll, and the great songs don’t let up till the stunning “I Can’t Explain” ends the album with a cacophony of sounds, showing the mess of our lives colliding with the grace of God. “Melting Alone”, with it’s moody instrumentation and spooky nature spoke to the self-conscious, unsure teen that I was, with it’s no-holds barred take on late night angst:

Tonight the lamplight swirls and glistens

Melting itself upon my face

I’m hanging my silhouette near the shoreline

I’m swimming underneath in the noontime

Will I ever know what’s wrong with me

Will I ever see your hand again in mine

Tonight the rain is pelting rooftops

There is no fire to melt the cold

And I’m painting images on the soft stone

Amidst these figures of stone

I’ll raise the glass once again

Then lay my head on the pillow

The fact that “Melting Alone” did not offer an immediate resolution to this late night ennui resonated with the teenage me, who liked to stay up late and brood about the world and my place in it. The following “Circle Of Error” could be a theme song to my life:

And I’ll admit that I do not try

When it’s easier to sit down and cry

I’m so full of doubt, want to let it out

Let it out all over you

On my circle of error, I go round and round

On my circle of error, I go round and round again

I thank the good Lord for a grace that is “outside” my fickle actions and moods. On my own, the “circle of error” would just endlessly go round and round. In “Love, Salvation And The Fear Of Death”, I found a prayer for life as a young man, and one that still resonates now:

Well I’m staring straight into the face of hell

You’re so close and you can’t even tell

I’m so wrapped up inside

Because I don’t have much to love

Horrified I feel from pits unseen

Falling off my pedestal of plentiful deeds

As it crumbles down on top of me

I contemplate my lack of love

Come and save my soul

Before it’s not too late

I’m not afraid to admit

How much I hate myself

I need grace to step into my life every day, to “save me from myself”, and this will never cease to be a relevant prayer for me.

This Beautiful Mess is a masterpiece of an album, a moody-yet-tuneful slice of alternative rock that sounds like a cross between Nirvana and Enya, and deserves a listening audience as big as a stadium. With timeless themes of grace amidst painful times, this classic album is a top ten, all-time album for me (even the art work is epic and haunting), and one of the best evidences that faith, artfully rendered, can be a tool of the Spirit that changes hearts and minds. It rocks, sooths and haunts in equal measure, like a fine piece of literature.

That festival is also where I first encountered Jars Of Clay, The Prayer Chain and The Lost Dogs, three other groups that would radically challenge my faith, and show me that that gospel is a tune for all times, the good and the bad, the clean and the messy. Grace truly is the most powerful force in this world, making holy things out of this beautiful mess.

“Divine Increase for You and Your Children” by J.M. Farro

“I Love You, TinyLove” by John DiBiase