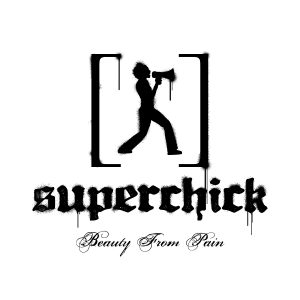 Superchick is one of those bands that some people can’t get enough of, while others despise them.  For me, they may be more of a guilty pleasure.  I still pop in their debut Karaoke Superstars occasionally, as it’s one of the first Christian CDs I really ever listened to extensively.  I won’t contest that there aren’t visible flaws in their debut, but for the most part, Superchick set a new standard for Christian “chick-rock” with its release.  Their sophomore record Last One Picked was a major improvement, but my favorite record by the band is probably Beauty From Pain.  Whether it’s really their best record is up for debate, but I believe this is where Superchick really peaked with their sound and innovation.  With the energetic “Anthem”, the held-back title track, and the encouraging “We Live”, there’s plenty of variety to be found, but we also aren’t spared the troubled relationship songs like “Bowling Ball” and “Wishes”.  In hindsight, the market has upped the ante significantly since this release with other, more well-rounded, female-fronted rock acts taking the limelight (Fireflight and Flyleaf being prime examples), as well as Superchick’s disappointing follow-up album Rock What You Got that has to be accounted for, but Beauty From Pain is an undeniably fun and catchy record, and it captures the musical heights Superchick had reached.  If you haven’t yet, give it a listen! – Roger Gelwicks

Our synopsis: ” The peak of this garage band’s career, it’s a guilty pleasure that keeps on giving.” (Recommended by JFH’s Roger Gelwicks)
Perfect For: Fun, relationships, encouragement
Song Highlights: ” Anthem”, “Pure”, “Beauty From Pain”, “We Live”

So, what are your thoughts on and experiences with the album Beauty From Pain? Do you recommend it? If so, why?

“Out of print downloads” by Scott Fryberger