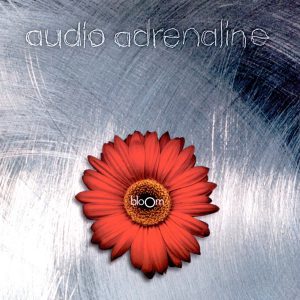 I know with a music site like this one, it’s crucial to keep up with what’s new each week when things hit retail and online music stores, etc. But the truth is, there is already lots of fantastic music that can be “new” to you that has been out for years — even decades! Sometimes it can be tough to find new music that really sparks something in your heart and spirit, but then there are those classics… records you’ve listened to for five, ten, fifteen years – or more even – that are old faithfuls. Sometimes it’s nice just to revisit those.

I fairly regularly keep my iTunes Library on shuffle, so I don’t usually listen to full records in one shot unless it’s for review purposes. I said in a recent “We Recommend” blog that I had had a day where an Audio Adrenaline song from their 1996 record bloOm came on and it really sounded so good, so I took my iTunes off shuffle and just listened to AudioA record after AudioA record. It was one of the best days I’d had in a long time! There’s just something about those records that really hit me in a deeper spot than a lot of current music. It could be the songs, perhaps just because I first listened to them when I was 14 (in 1994… yeah, I’m really dating myself here), or maybe the songs just had a special anointing on them. Or all of the above? Whatever it is, the “oldies” still hit home.

So this week I’ve been jamming to some “oldies.” I think I started with Hoi Polloi‘s 1995 album Happy Ever After, then I listened to Holy Soldier‘s 1995 album Promise Man, and just yesterday I picked out Hokus Pick‘s Brothers From a Different Mother and then their later records Snappy and Super Duper. Oh, and Dakoda Motor Co‘s Into The Son album. Classic. Speaking of classic, I also jumped to PFR‘s Great Lengths, then their self-titled and the “new” tracks from Late Great PFR. Then I hopped over to Eric Champion‘s 1996 rock album Transformation and now? Hahaha. The FIRST Christian band I ever listened to — yup. Idle Cure! As I’m typing, I’m totally listening to Idle Cure’s 1991 album Inside Out. Where will I go from here? Probably another one of their records (yup, as I’m finishing this up, it’s their 1988 album Tough Love!).

There’s just something about that time in Christian music… maybe it was just the time in MY life?? I don’t know. But in some cases, it seemed like the lyrics were deeper and bolder… the spiritual lyrics weren’t limited only to worship artists. Rock bands weren’t afraid to say “Jesus” in a song. … Any thoughts on this, guys? I don’t know… Just writing this makes me want to go listen to stuff like Poor Old Lu‘s A Picture Of The Eighth Wonder… Guardian‘s Buzz… All Star United‘s self-titled… Common Children‘s Skywire… Steve Taylor‘s Squint… Imagine This… Good times.

Any one else got some thoughts on this? Any older records that stir your soul? Think it’s just music from a time in your life? Or really the music itself?

“A Longing Fulfilled” by J.M. Farro

We Recommend: Your Heart, “Autumn”