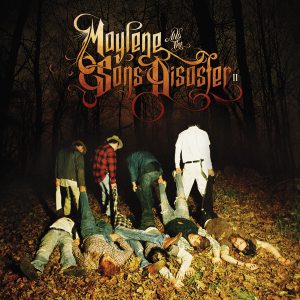 When a new band was announced that would be fronted by Underoath’s old vocalist, I was on board.  Maylene and the Sons of Disaster‘s self-titled debut didn’t really catch me too well though.  Then they released II.  I was sold.  It was raw.  It was southern.  It made me feel tough when I drove down the street with the windows down and the wind blowing through my once-long hair.  The amped up southern rock sound mixed perfectly with Dallas Taylor’s gravelly screaming and it became my definition of southern metal.  Though I’m still not all that into their debut, II (and it’s follow-up III) prove that Maylene is a force to reckoned with in metal. ~ Scott Fryberger

Our synopsis: “This is what southern metal should sound like.” (Recommended by JFH’s Scott Fryberger)
Perfect For: Sunglasses, sleeveless shirts, cruising with the windows down
Song Highlights: “Memories of the Grove,” “Plenty Strong and Plenty Wrong,” “Darkest of Kin,” “Raised By The Tide,” “Wylie,” “The Day Hell Broke Loose At Sicard Hollow”

So, what are your thoughts on and experiences with the album II? Do you recommend it? If so, why?

“In Defense of the Chris Tomlin Formula” by Mark D. Geil