So it’s no secret that I’m new to the whole world of baby care… well, from the parental perspective (and, not only do I not remember being a baby, but technology has changed a lot in 30 years). Today, my wife decided it was time to dive into building a baby registry on Babies R Us’ website for family and friends to reference. She spent most of the day on this project (I’m very proud of her!), and while I was helping with the laundry task, she called over to me to help her with a product decision. There was concern in her voice, but I thought to myself, What could possibly be such a big deal? Pick whatever!

Easier said than done when it comes to the disposing of dirty diapers. We looked at the obvious solution – Diaper Genie – and then began reading reviews. First we thought words like “II” or “Deluxe” or “Elite” in the product name meant it’s fancier, better… newer and improved even! … Apparently not. Every diaper pail product had polar opposite reviews. A wealth of 5 star ratings… then a wealth of 1 star ratings. Every pail. Every. Single. One.

Reviews ranged from “Perfect! Never had a problem! Best buy ever!” to complete and utter horror stories!! Descriptions that explicitly referred to leaky and dirty diapers… poop smearing on the inside of the pail… and… poop getting on your hands as you put the diapers into the can… and the stench of day-old poopies fermenting in the pail!

What non-parent thinks of this kind of stuff when they think “Diaper Genie?!” You might be tempted to envision the Robin Williams character from the Disney film Aladdin… The Diaper Genie would magically make the foul trash smell rosy — or better yet, disappear entirely upon insertion into the can!

So after over an hour of scouring different sites and reviews and products, we discovered not a single product is perfect…. which is a bit odd, because what’s more common than baby-raising? Shouldn’t we, as a technology-thriving species have a foolproof diaper disposal system by now??? *sigh* Apparently not.

What have we gotten ourselves into!? 🙂 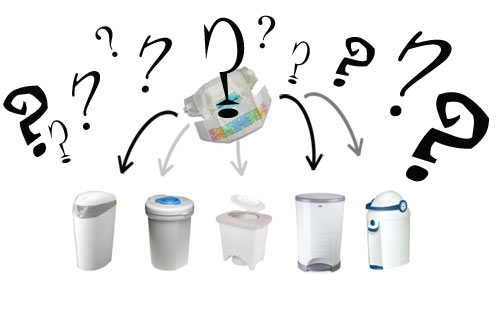 Ten of Michael Weaver’s Top Favorite Songs of All Time

“The WOW Series – A Consumer’s Friend… or Foe?” by John DiBiase