So, it’s been awhile since I’ve last posted, but in all honesty, there hasn’t been a whole lot to write about…. except maybe that doctors are full of beans. For the past several weeks now, we’ve been waiting expectantly for any day for Amy to experience major contractions, for me to rush her to the hospital, and for Will to magically pop out (completely clean, no icky stuff on him… and already wearing a onesie). Unfortunately, the doctors were under the influence of illegal substances or something when they told her she’d probably deliver by Labor Day weekend. Amy’s been getting a lot of contractions – some awfully painful ones – but hasn’t been dilating or effacing much (me, on the other hand, am dilating all the time).

So here we are. Still ahead of the Oct. 4 due date but still on the edge of our proverbial seats, waiting for Will’s World Premiere™.

Amy has debated on taking Castor Oil based on some things she’s heard, but we looked into it and found some pretty serious risks, so we ruled that out. Then she bought a bottle of clear syrup (Kyro syrup? I can’t remember the name of it) and debated on trying that, but then she read up on it and discovered it’s more myth than anything else.

So here we are… exercising patience. God’s perfect timing is perfect, so there’s a reason for all the waiting and such. I just need to chill and trust in that more. 🙂

In the meantime, I’m thankful it’s the Fall season… and Will is gonna be a Fall baby! Woohoo! Pumpkin Spice lattes all around! 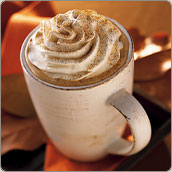 “Gone, But Not Forgotten” by John DiBiase