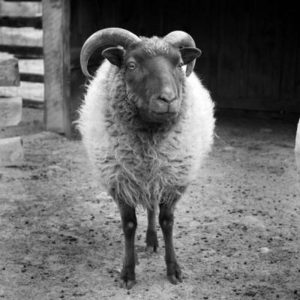 I was introduced to this poet named Bradley Hathaway in late 2004.  He had a couple of his recorded poems on his Purevolume site, and I really dug them, especially one entitled “The Hug Poem.”  I liked his stuff, but didn’t think much of it till mid-2006, when I got an opportunity to see him in a live setting at a music festival I attended.  I bought his book, All The Hits So Far, But Don’t Expect Too Much, and watched as he sat on the edge of the stage and told us all to gather ’round and get real close and cozy.  He recited some of his poems, and even played some folksy, acoustic songs.  Since then, he’s grown so much as an artist, and has jumped from completely poetry to singer/songwriter status.  He recently released his newest piece, A Mouth Full of Dust.  It’s a short one, with only ten songs, but man are they good.  I’ll be honest and say that you may (or for some people WILL) have a hard time coming to grips with his singing voice.  But for those who can get past it (or enjoy it, such as myself), you’ll find some amazing lyricism, and amazingly orchestrated music.  Many of the songs were recorded with Hathaway by himself in the recording booth with the lights off and just a couple candles lit as he played the guitar and poured out his soul through his lyrics.  The songs deal with love, despair, grace and our sinful natures.  They also range from folky and upbeat (“Lord Have Mercy”) right on down to slow and beautiful (“Mary”).  There’s even a hint of mewithoutYou in “Samuel.”  It’s truly a work of art. – Scott Fryberger

Our synopsis: “A look into the soul of a poet-turned-singer, with very well-written lyrics and music.” (Recommended by JFH’s Scott Fryberger)
Perfect For: Faith, hope and love
Song Highlights: “Can’t Get With This,” “Look Up,” “Mary,” “I Don’t Believe In Love,” “Lord Have Mercy”

So, what are your thoughts on and experiences with the album A Mouth Full of Dust? Do you recommend it? If so, why?

We Recommend: Rebecca St. James, “If I Had One Chance to Tell You Something”