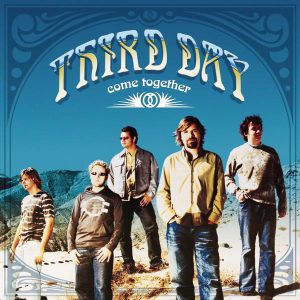 Sadly, few bands can celebrate being around for 10 years let alone it being ten years since the release of their FIFTH studio album. In 2001, Third Day released Come Together, the follow-up to their first worship album, Offerings, which followed the southern flavored and folksy Time from 1999. Last year, 14 years since the national release of their self-titled album, Third Day released their latest studio recording, Move. Move was more of a return to the spirit of Time (even down to the short, single-word title) as the band continues to strive to make music that they (and their fans) love and believe in.

Still very much a five piece when it released, Come Together seemed to be a chapter during the band’s sort-of soul searching period, musically. Decidedly more pop with electronic accents (like an electronic drum beat for parts of “My Heart” and “I Got You”), I often remember this album as much less the band we know Third Day as now than most of their other albums (except for maybe the popular but disappointing contemporary feel of Wherever You Are). As a pop album, Come Together offers some memorable songs, but it’s clearly not the band’s best or most “true” effort. 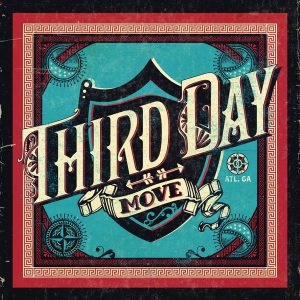 So in comparison to Move, their latest project is more raw in production and contains a few songs edgier than anything that can be found on Come Together. The only thing that the band seems to have carried over from the Come Together season in their career is the overlapping circles logo. When listening to how the songs on Come Together compare to Move, the latter just feels considerably more comfortable than the 2001 record. Lyrically, the project is still very positive and worshipful, but perhaps a bit more day-time radio friendly (and altogether “CCM”). Songs like “Show Me Your Glory” and “Nothing Compares” are still great worship songs that don’t feel quite as paint-by-number as some of the most popular songs sung on Sunday mornings these days, and the heart behind them is pure and the passion is infectious. These tracks were mixed in with the rockier “Get On” and the soulful southern rock of “Still Listening” (the former seems to work and hold up better over the past decade than the latter), along with the signature Third Day ballads were also present in “It’s Alright,” “I Don’t Know” and “When The Rain Comes.” And while I loved the electronic exploration in “My Heart” and “I Got You” when this album came out, it’s a sound that, now, sounds more dated than most of the rest of the record and didn’t really “fit” the band quite as well (or naturally).

Come Together was not their best effort in 2001 and after five more full-length albums (and two live albums), the band has proven that this record seemed outside of their comfort zone. The songs with more production sound the most dated, but fans of the softer side of Third Day may still want to check out this record if they haven’t yet. Songs like the title track, “Show Me Your Glory” and “Nothing Compares” are still great songs even ten years later.

We Recommend: All Sons and Daughters, “Brokenness Aside EP”

“I Hate (Most) Talking Childrens Toys” by John DiBiase