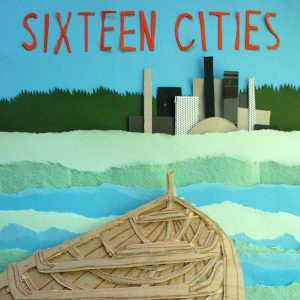 God kind of has a funny sense of humor. The first time I ever heard anything by Sixteen Cities, I was doing Christmas shopping in Hollister (a clothing retailer known for their heavily secular values); “Sing Along” was playing and its lyrics and catchiness intrigued me. That was December of 2009, and after interviewing them a year ago for JFH, it says something to me that Sixteen Cities is still relatively fresh in my mind.  The one thing that really drew me into this band was their effectiveness in making worship music relevant to a younger generation of listeners. Songs like “Winter” and “Captured By Your Love” dug deeper than a lot of the other general noise I had been hearing from different Christian artists. It remains true now. I don’t recommend passing up a track-by-track listen of Sixteen Cities – better late than never.
– Logan Leasure

Our synopsis: “A standout alternative worship album from one of Christian music’s most underrated bands…” (Recommended by JFH’s Logan Leasure)
Perfect For: Worship, Finding God through music
Song Highlights: “Winter,” “Come As You Are,” “Sing Along”

So, what are your thoughts on and experiences with the album Sixteen Cities? Do you recommend it? If so, why?