Hey everyone! Jameson here! Well it’s officially 2012, and TGT is leaving behind the year 2011. For us, the year 2011 was full of many great times, difficult times, and memories that we will laugh at for the rest of our lives! Well, here’s a recap of some of the events of 2011:

In April we released our first single off of our Rebuild Your Love EP. Even though we had released 2 other singles off our second album, we felt very optimistic about the future of this song. The song is about showing genuine love to people—not the kind of love that is found in movies and cheesy songs, but a love that can be found in a relationship with Jesus Christ.

June was probably the busiest and most transitional period the band has ever had. I got married June 20th of this year and had a beautiful destination wedding. Before leaving to get married, Miah, our old lead singer, announced that he was leaving the band. He explained he needed to be home with his family which we completely understood and supported that decision. But this left Tommy and I wondering where to go from there. At my wedding (which was completely amazing!) Tommy played the ukulele and our manager, Alan Howe, officiated. It was truly a blessing to have them both involved in my big day! While down at my wedding we received word that our song “Rebuild Your Love” had broken the charts. After hearing that, Tommy and I decided that we definitely wanted to find the right singer and continue moving forward with TGT. The day after my wedding Tom headed back to Ohio to get ready to perform at Alive Festival while I headed out for my honeymoon.

In the month of August we got the biggest news our band has gotten so far! We heard that our single “Rebuild Your Love” had reached the #1 spot on the Christian Rock Billboard Charts. During August we had also set out for a tour with Come Wind. While on tour we performed at The Fest alongside such artists as Blessed Union of Souls, Mercy Me, Remedy Drive, and Shine Bright Baby.

In September we welcomed Zack Zaborski to our band as our new lead singer. We were very excited to get Zack and it was during this month that we played our final show with Miah. We performed at Ignite Fest with KJ52, Bread of Stone, Satellites and Sirens, Philmont, After Edmund, and many others! We were sad to see Miah go but we also knew that getting Zack was a blessing and a great sign to keep moving forward.

In November we did our first tour with Zack. We did a 2 week run throughout Florida. We had a blast and enjoyed the beautiful weather. We had one mishap in which Zack and I actually wrecked into each other on some jet-skis. We felt very blessed to walk away from the accident with no injuries, but the jet-skis were a different story. But overall, the tour was a lot of fun! November was also a month where we began shooting our music video for “Rebuild Your Love” with a hopeful release in early 2012.

In December we released our second single off of our Rebuild Your Love EP called “Chaos Parade” which was co-written with Audio Adrenaline guitarist Barry Blair. Before the release we did a 3 week run with our friends in Please Promise. This tour took us to Texas, Kansas, Illinois, and Tennessee. This tour probably left us with the least amount of room in the van and trailer because we decided to ride together and carry full lights and production. Although we were all crammed together in our 15 passenger van, we had an absolute blast! We finished up December with a show in Kentucky and a New Years Eve Show in Missouri—both of which were an amazing way to end the year for us!

All in all, 2011 has been a great year of growing for our band and a lot of big stuff has happened. We went through crazy lineup changes that left us as a 3 piece, we had our first single spend 20 weeks on the charts and our follow up single is ending the year at #21. We also had the privilege of sharing the stage with amazing artists like Flatfoot 56, Eleventyseven, The Fold, White Collar Side Show, Chasen, Grave Robber, and Francesca Battistelli. With that being said, we look forward to 2012 and we think it’s going be a big year for us. Thanks to everyone who supported us in in 2011, and we look forward to see more of you this year! Stay Sweet. 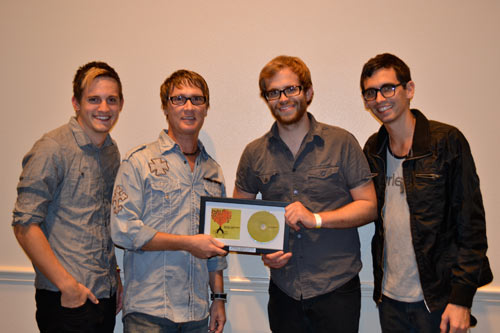 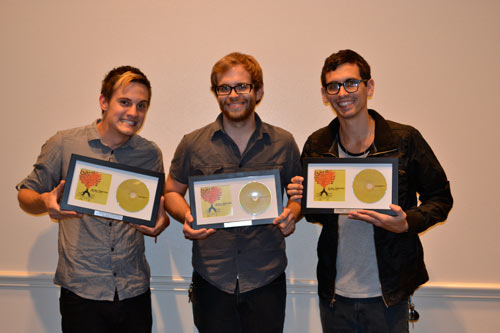 “Taking Off My Grave Clothes: From Meth Addict to Worship Leader” by Stephen McWhirter

“Going Old School (MIM Tour Blog)” by Me In Motion

The Holy Spirit is our imPULSE by imPULSE Worship