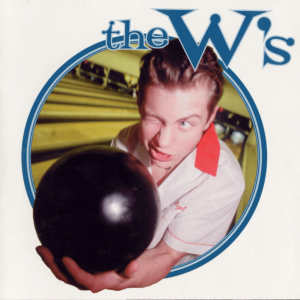 With the popularity of the third-wave ska movement came a similar and more short-lived movement: Swing Revival.  While many Christian bands jumped on the third-wave ska bandwagon, really only one band joined the swing crowd from the market.  The W’s joined the likes of Big Bad Voodoo Daddy and other secular artists for a short, three year and two-album career; their first of which was entitled Fourth From the Last.

While the album was spiritually relevant at times, at others, it was just plain funny, and yet other times nailed them both.  I still remember watching the video for “The Devil is Bad.”  The song was the biggest hit of the album and featured the band playing live at a swing club, a hysterical children’s lesson on felt board, and it got even better as the band started dancing around on a background exactly like the felt board.  For some reason the track has always stuck in my head and I think it always will.

“Moses” is another fantastic song that ponders the thought, “How can God ever use me?  I’m just a nobody.  He sees everything around me.  What does he see in me?”  The song reminds us that no matter how insignificant we feel, God can use us for His glory.  “Frank” is a wild tale of a man looking to punish the W’s for playing their music too loud.  “King of Polyester” continues the fun as a great song about a bowler and his perfect game, and “Alarm Clock” is a telling of a rather unusual series of occurrences that is discounted as, “…just an average day.”

Was this the best album of 90s?  Not by far, but it is a completely fun listen and a great trip down memory lane.  This CD tends to end up in my player at least a couple of times a year.  If you have this album, dust it off and give it a listen.  If you don’t, it is available through your on-line retailers; do yourself a favor and check it out.  They even managed to win two Dove Awards in 1999.  I promise you’ll love this one.

Our synopsis: “A gem from the Swing Revival that will always be a stand out in my heart.” (Recommended by JFH’s Michael Weaver)
Perfect For: Encouragement, Good clean fun, and the best bowling song known to man.
Song Highlights: “The Devil is Bad,” “Moses,” “Open Minded,” “Frank,” “Alarm Clock”

So, what are your thoughts on and experiences with the album Fourth From The Last? Do you recommend it? If so, why?