The Choir And The Art Of Sadness

“A sad face is good for the heart / Go on cry, does it seem a cruel world? 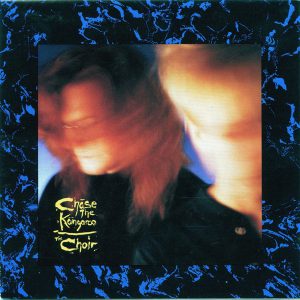 If you were to listen exclusively to Christian radio and view only Christian television, and have no other connection to the world, then you would likely think that the world was a shiny, happy place with only vague “struggles” every once in a awhile. And these marginal, infrequent struggles would be over at the end of a three minute pop song, and be overcome by simply having more faith and pushing through the doubt with the power of a killer keyboard line and soulful backup vocals. Anything can be overcome with the power of music (and the Lord, of course), and seeing the world through this particularly rosy lens keeps the bad thoughts at bay, and the curse of sin under wraps. There are exceptions of course (Hillary Scott’s great “Thy Will”, about her sorrow over a miscarriage comes to mind). But there are 90% shiny, happy songs to every one song with real grit.

All this sunshine is, of course, a complete fabrication, though it is very well meaning. When you keep things “safe for the whole family”, you need to keep the edges well sanded down, least little Johnny or Susie ask “what’s addiction?” or “what’s depression?”, and “why do people who believe in Jesus struggle with it? Aren’t we called to overcome?”

And little Johnny and Susie’s questions would be valid, because in this fallen world, real struggles don’t fit into a pop formula, and are far messier and longer than we care to admit. Real life throws curve balls at everyone (those of faith included), and loved ones get sick with cancer and die. Couples experience infertility and miscarriages. Children rebel, marriages crumble, democracies shake. Good, church-going folk also struggle with prescription medication abuse and infidelity. The real world must be reckoned with in the art that Christians produce. That’s not to say a song of victory and overcoming is not  a good subject matter, it’s just the balance of the dark and the light that need adjusting. The word of God speaks to all moments in a lifetime. Many books, like Lamentations and Ecclesiastes mine the dark moments of the soul, and sit next to Psalms of praise and prophetic books of doom. It’s all there, and the music that believers in Christ make should reflect this complexity.

That’s where The Choir’s 1988 masterpiece Chase The Kangaroo hits all the right tones for me. Despite its whimsical title, it’s a beautiful and haunting album about sadness, the kind that you can’t shake in an afternoon, the kind that clings to you for a season and won’t let go. “Kangaroo” is an album that lays bare the melancholy times that we all go through, and shines a real light of grace on those time, yet does so without preaching or talking down to the listener. Lyricist Steve Hindalong’s musings on the darkness are set against some of the most epic musical backdrops in rock and roll history (that’s not hyperbole, this is one of the most artful, beautiful and rocking records I’ve ever heard). With U2 and The Cure as alternative music touchstones, the album weaves swirling dark tones of confusion and loss into every corner, and asks the big questions to God, but in a respectful and artful way. Yet the band still manages to shine a light too.

Opening song “Consider” roars to life on a circular, pounding drum cycle and driving, ghostly guitar figure, and finds lead singer Derri Daugherty giving one of his most impassioned vocal performances. In “Consider” Steve Hindalong (the band’s drummer and main lyricist) extols the listener to think about all of it, the dark and the light, grace and sin, glory and depravity:

Consider the light, my love

Consider the ghost of the living savior…

Big questions of doubt appear in the next song “Children Of Time”, with Hindalong pointing out that the “astronauts (or “cosmonauts” as Hindlalong cheekily refers to them) were first in space, to look for God and find no trace.” That’s a dangerous sentence for someone firmly in the CCM fold (as The Choir was at the time) to write, but Hindalong has always been one to push the envelope for what is “acceptable” subject matter for Christians to talk about. I have a dear friend in the faith who struggles mightily with doubt, and he says that the Church does not talk about this idea enough. He says it’s as if “were afraid to admit that nothingness is a distinct possibility.” Hindalong admits it, and is not afraid to talk about it in the light of faith.

But the real gem of sadness and faith is the masterful “Sad Face”, where Hindalong writes about his wife and the couple’s recent miscarriage against the backdrop of the verse in the biblical book of Ecclesiastes chapter seven that says “Frustration is better than laughter, because a sad face is good for the heart.” That’s a heavy verse, from an equally heavy part of the Bible, yet it fits perfectly into the sorrow and heaviness of the soul that accompanies this sad event that befalls many couples. Hindalong masterfully writes about the weight of this event:

There’s a woman in my kitchen

With a rainbow on her cheek

Well isn’t that a promise?

Still I never felt so weak

There’s a tiny spirit in a world above

Cradled so sweetly in our Father’s love

So you don’t have to cry

No there’s something in my eye

That “tiny spirit in a world above, cradled so sweetly in our Father’s love” line gets me every time, and though my sweet wife Julie and I have never experienced this small, yet devastating tragedy, I feel along with Hindalong and his wife, and say a prayer for anyone I know who’s gone through this all-to common life event.

Hindalong bravely states later in the song that “maybe just now I don’t understand”, and that encapsulates the struggle of faith as succinctly as any statement that I’ve heard in a song.

The rest of Chase The Kangaroo dives into equally deep and troubling waters, but never with a hopelessness that’s common to modern man. It’s always with one hand gripping the cross, and one outstretched to the confused and lonely, looking to see if this faith thing can change their lives. “Cain” deals with crime, and the evil in the hearts of “those who wait with knives for fools” while “Rifleman” takes a hard look at revenge and the celebration of “settling the score” in American culture. “Look Out For Your Own” bemoans the exploitation of the weakest among us and “So Far Away” is an honest look at the difficulties of life on the road, separated from the ones you love.

The epic title track is the pinnacle moment, where Hindalong bemoans having to work a construction job on the side to make ends meet. The epic “Kangaroo” (which is the band’s most epic, U2-like moment of all if you ask me) builds with a throbbing bass line and finds Hindalong musing if he digs his ditch too deep that he might hit Australia and “chase the kangaroo”. But then he muses on Jesus and his digging for lost souls:

See what sparkles in our world

Mercy is the silver pearl

Vengeance is not ours

But Jesus buried diamonds in

A land where love is rare to find

The Choir is still making fantastic records, and Chase The Kangaroo was the beginning of their self producing and writing all their own material stage, one that’s still going some thirty years later. Nobody writes more epic, beautifully sad songs than The Choir. But, ironically, their most hopeful record, Wide-Eyed Wonder, (celebrating the birth of children and the wonder in life) would come next, showing that they understood the dual nature of this life down here. “Kangaroo” rocks and swirls and soars, and is a gem of an album. It is an album that deserves your full attention, and a quite space to turn it up and consider all the many facets of this life under the sun. The world is not yet fully redeemed, and until that glorious day, the dark and the light are both equally valid subjects to talk about in light of the grace of God. Go over to Spotify and listen now, and then head over to the band’s website (www.thechoir.net) and help fund the next Choir album. You will be glad you did.

May we all “consider the truth”.

Dig up those hidden treasures of albums, and revel in all they have to offer.

“What are You doing, God?” by Scott Fryberger