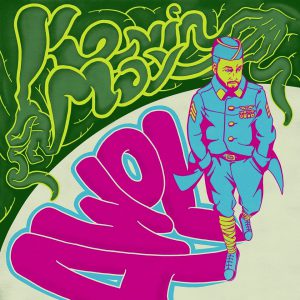 1.  Melissa – One of the first songs written along with Yeshua & Moonracer for the album. I wrote this at Blind Thief Farm with Kieran Kelly and Erick Cole, starting off with chord arrangement ideas on guitars. After getting a finished structure of the song melodically, I wrote the lyrics down a few days later…. The song became a depiction of a couple different relationships I  had with people back in my high school days growing up in Grand Rapids Michigan. I always felt drawn to outsiders and misfits, and a couple of these stories came back to inform the character I sketched in this story. Melissa is ostracized from her surroundings because of being different and is obviously undergoing feelings of judgement within the church and school system. I  completely understood this as I went through some of these same feelings growing up in tight-knit Christian community.

“Innocence In The Music Industry” by Chris Sligh

“Going Old School (MIM Tour Blog)” by Me In Motion