Skip to content
On June 20, 2022
JFH
After fleeing the Rwandan genocide, William Mwizerwa founded the non-profit for other refugees in the US, Legacy Mission Village. There was even a feature film made about his life (and now a book) entitled Beautifully Broken. Michael W. Smith had this to say about the book:
“Beautifully Broken is a powerful story of redemption and a moving depiction of how God interweaves our stories with others’ for His glory.”

As Six Million Refugees Flee Ukraine, a Rwandan Refugee Who Survived Genocide Highlights the Plight of Refugees Coming to America—and a Plea for Action 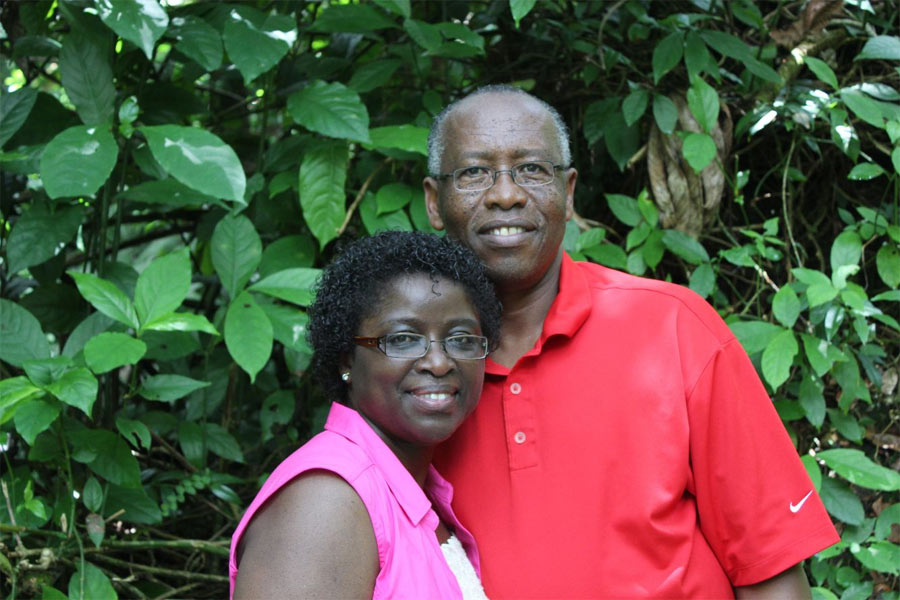 With the world focused on the ongoing war in Ukraine and its accompanying refugee crisis, the global plight of those who must flee their home country to escape devastating violence is being spotlighted on World Refugee Day this June 20th. Estimates show that more than four million Ukrainians so far have had to abandon everything to survive—their homes, neighbors, friends, and often their families. And while the specifics of each situation differ, the human toll and suffering is unimaginably difficult for refugees anywhere.

The decision to leave everything behind for another country is a decision no one should have to make, but a decision that the world’s 26.6 million refugees have been forced to, often with very little time to plan or prepare. Can you imagine being told to get out of your home immediately, taking only what you could carry, and sent to a foreign country with a totally different language and culture than your own?

The United Nations High Commission on Refugees (UNHCR) estimates that in Spring 2022, more than 100 million people were forcibly displaced from their homes. Most of those were relocated within their own country, but UNHCR reports that about 1 in 4 had to seek refuge outside of their homelands.

Of the 26.6 million international refugees currently, the United States has agreed to accept 125,000 in 2022, or less than 1⁄2 of 1 percent. For those lucky few, they must pass the scrutiny of six different US governmental agencies. The screening process alone often takes more than three years, though many refugees wait several years before even starting. It’s quite common for those who are legally entering the US to have been a refugee for ten years or more—a decade of their lives hanging in limbo.

Once a refugee is allowed to enter the US, they face additional difficulties, such as language and cultural barriers. These make critical tasks like getting a job, finding housing, and even shopping for food a daily challenge. Additionally, refugee families must repay the cost of transportation to the US, which can run $2,000.00+ per person. Refugees must also become US citizens within five years of arrival, which requires passing a rigorous citizenship test and a fee of $725.00 for each family member. For a family with five children, the cost of travel and citizenship this equates to almost $20,000.00!

William and Ebralie Mwizerwa have been through it themselves, having escaped the Rwandan genocide of 1994 with their four children (and Ebralie pregnant with their fifth child). This Rwandan couple has since founded Legacy Mission Village, a Christian not-for-profit ministry that has helped more than 12,000 refugees in Middle Tennessee. Because they themselves were refugees, the Mwizerwas fully understand the trauma of being separated from not only friends and family, but from their culture and everything familiar.

“We survived the genocide against Tutsi that killed almost a million people in Rwanda,” says William, “but God preserved our lives for a purpose. We spent years in Kenya as refugees before coming to America. The biggest challenge was losing our dignity because we couldn’t speak the language spoken in our new land. As you move from place to place, everyone notices that you are a foreigner.”

“In time, God opened a door to us to come to Nashville, where we were welcomed by a community of believers. Our life as refugees, and the welcome we received, helped open a door for us to serve the refugee community in Middle Tennessee. By faith and courage, we began to help other refugees from all over the world.  Every day, we open our hearts and love to vulnerable families that were much like ourselves.”

As World Refugee Day approaches, the Mwizerwas have a message they’d like to share: “For 2022 World Refugee Day, we are inviting everyone to be a peacemaker. Millions of people all over the world are forced to flee their homes, pushed by civil wars. This suffering happens repeatedly, with too few speaking up for the innocent bystanders caught up in the violence—many of whom are women and children. Please pledge to help make a difference by being a peacemaker this June 20th.  Reach out to support the refugees in your community, pray for peace, and ask our government officials to help promote free and democratic governments throughout the world, while holding regimes accountable whose policies promote or allow atrocities that exacerbate the world refugee crisis.”

Randy Hartley, chairman of Legacy Mission Village, sheds some encouraging light on refugee ministry. “It is truly inspiring to see the success of the refugees we serve. The hardships that these people must overcome are almost unimaginable, but they work so incredibly hard so that they and their families can succeed in their new country. The irony is that it seems that we Americans sometimes feel that the American Dream is dead. But for the refugees we serve, the American Dream is alive and well, and they are chasing it wholeheartedly.”

Hartley adds, “I am moved by the dedication of the Mwizerwa family in giving back to the community that once lifted them up, by the dedication of our volunteers that serve our refugee community, and by the grit and determination of the refugees themselves. The more you learn the full story behind the families we serve, the more you will want to celebrate World Refugee Day by reaching out to welcome our newest neighbors and citizens.”

William and Ebralie Mwizerwa are founders of Legacy Mission Village, a refugee services ministry based in Nashville, Tennessee. The ministry has helped thousands of refugees from all over the world to successfully integrate into American society. The Mwizerwas are themselves refugees from Rwanda. William and Ebralie have five children: Aimee, Myriam, Moses, Tim, and David.

Randy lives in Nashville, Tennessee, where he has been a financial planner for 38 years. He and  his wife, Darla, have three children—Alyssa, Andrea, and Nate. Randy was the executive producer for the film Beautifully Broken, which was released in 2018 and tells the touching story of how his family’s life intersected with the Mwizerwas, and the impact it had on both families and their community. He also serves as Chairman of Legacy Mission Village, the refugee ministry founded by William and Ebralie Mwizerwa.

“The Heart Behind The Song: ‘More Like Falling In Love’ (Part 2)” by Jason Gray

“The Right View of the Resurrection” by Charles F. Stanley

“Most Dreams Die a Slow Death” by Chris Taylor

“You Hold the World / Lockdown LP” by Olly Knight