So, this past Saturday, we celebrated our little guy’s very first birthday! (well….. technically, last year was his “birth day”… but he would have died if we tried to give him birthday cake as soon as he emerged into the world) On his actual day, we gave the little guy his own vanilla cupcake to attack, but he didn’t really know what to do with it… on top of being completely exhausted. Because we waited too late in the day to celebrate, he ended up crying and fussing through almost all of his presents and cake. It was memorable. (Below is one of the few smiles we captured 🙂 ) 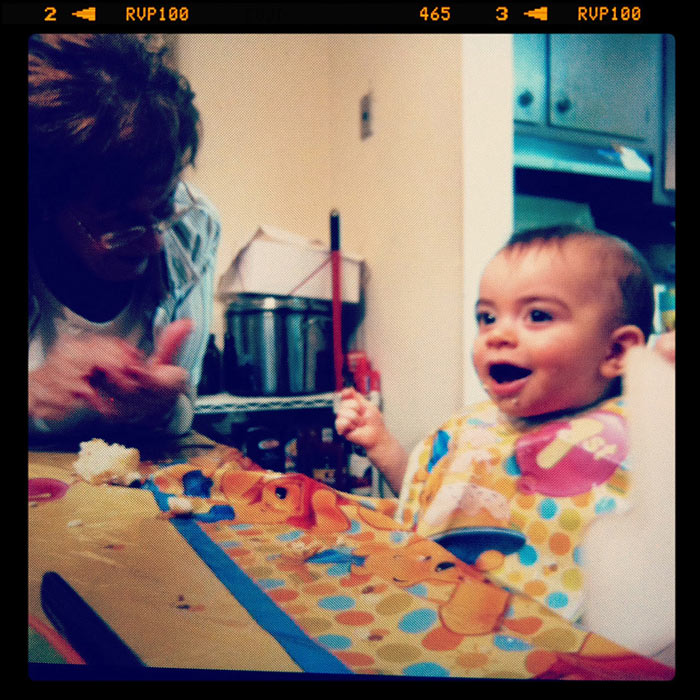 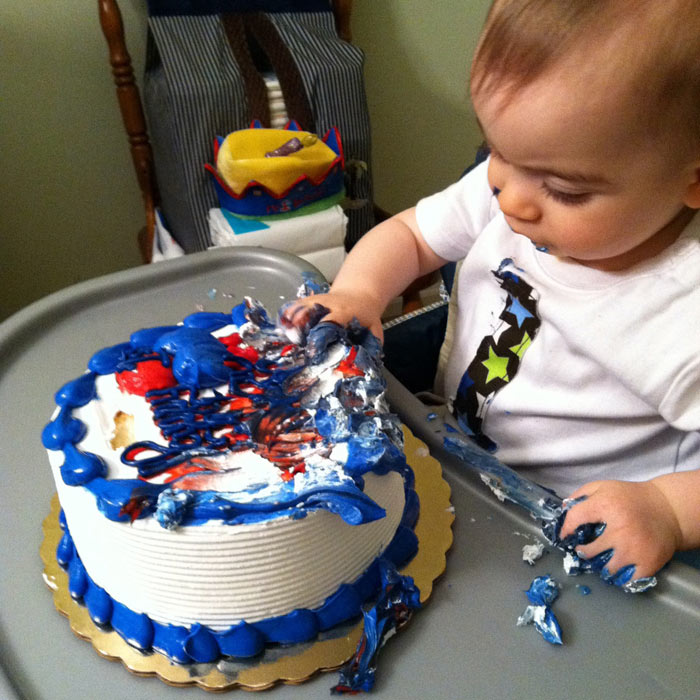 At first, Will dragged his little fingers across the white and blue icing to see what it was. Then he dragged his frosting-covered digits across the high chair tray and discovered what finger paints must be like. Before we knew it, we had a regular Jackson Pollock in our midst. He began by wiping more and more icing across the table and then grabbing chunks of cake. He brought the icing and cake bits up to his mouth, but he didn’t really eat it. I tried then to put a small piece of cake in his mouth and that seemed to make something click. He didn’t exactly shovel handfuls of the stuff into his mouth, but he did taste some of it himself after that. 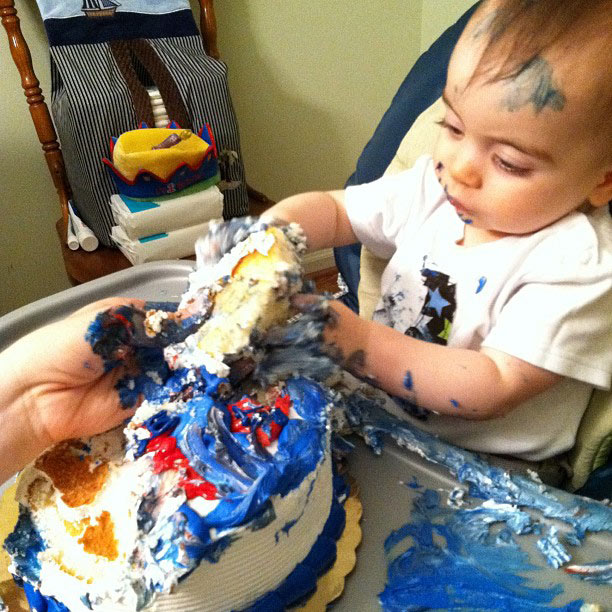 Before long, the little artist was flinging cake and icing E.V.E.R.Y.W.H.E.R.E. This was when we realized it would have been in our best interest to have put some kind of plastic down on the floor or something, for icing and cake innards were littering our faux-hardwood floor. What resulted was a sight that would have given Adrian Monk a massive heart attack. Once shoes of mine nearby and the carpet that lined the stairs climbing to our second floor were hit with small fragments of cake shrapnel, I knew it was time to pop the proverbial birthday balloon. What ensued was a cleaning session that I don’t want to relive.

So, what do YOU need to throw the proper birthday celebrating for your 1-year-old? 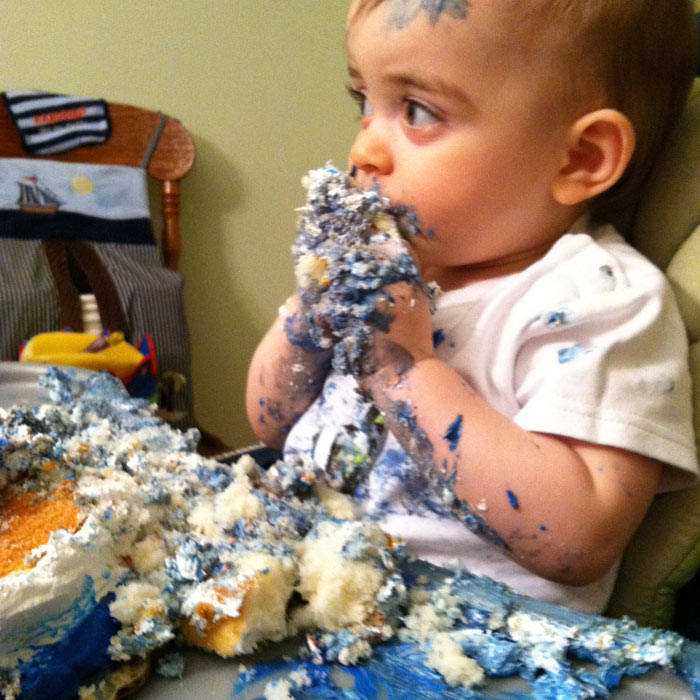 “If I Were a Musician” by Mark Rice