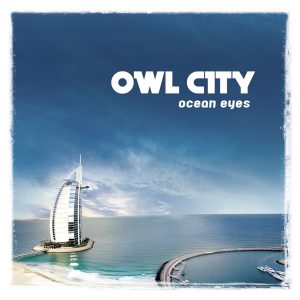 I stumbled upon Owl City long after many many people.  In fact, I hadn’t even heard the mega popular “Fireflies” until it was a free download from iTunes (thanks again, iTunes).  So I’m not too familiar with his older stuff.  I did get a chance to listen to some of it, and I liked it, but his first full length with giant label Universal Records far surpasses his previous material.  Ocean Eyes was one of my favorite albums of 2009, which is both completely understandable and a little weird at the same time.  Understandable because it’s a brilliant and beautifully-constructed album.  Weird because it’s a little poppier than what I usually like – take “Dental Care” for instance (not to mention I’m not used to liking bands that millions of people love).  But Adam Young definitely knows what he’s doing when it comes to turning his thoughts, feelings and self-proclaimed insomnia into songs that turn out dreamy, magical and joyful.  He even acknowledges his Savior in a couple songs (worshipfully in “Meteor Shower” and saying he’s “found a new hope from above” in “Tidal Wave,” which also features Relient K vocalist Matt Thiessen).  Pop fans will absolutely fall in love with this, but it’s also good for people looking for musical creativity and quality. ~ Scott Fryberger

So, what are your thoughts on and experiences with the album Ocean Eyes? Do you recommend it? If so, why?