From the album “Your Grace Finds Me” by Matt Redman 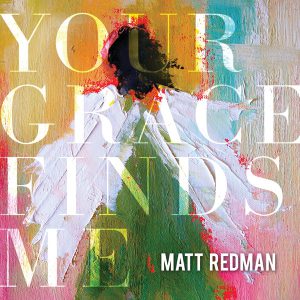 Over the years I’ve had the privilege of visiting some very impacting places around this globe. I’ve been to townships in South Africa, a leper colony in India and shown around NASA by an astronaut. I’ve been to Buckingham Palace, and toured the White House. I’ve had the joy of leading worship in grand old venues like the Royal Albert Hall in London or the Ryman in Nashville. But there’s one space I’ve been to which far outshines all of these other places and has had agreater impact on me than any other location ever could. It is Calvary, the place of the cross.

“I will kneel in the dust at the foot of the cross
Where mercy paid for me.”

I’ve lost count of how many songs I’ve written about the cross of Christ over the years – but the reason is simple. It is the difference between life and death, between inescapable chains and eternal freedom. It’s where love and justice kiss, and holiness and mercy meet. It happened over two thousand years ago, yet the event of the cross is standing just as strong and tall over history as it ever was. And take a look into the throne room of heaven, as described in the book of Revelation, and we’re reminded that we shall be singing about it for all eternity:

“Then I looked and heard the voice of many angels, numbering thousands upon thousands, and ten thousand times ten thousand. They encircled the throne and the living creatures and the elders. In aloud voice they sang:

‘Worthy is the Lamb who was slain,
to receive power and wealth and wisdom and strength
and honor and glory and praise!”

The cross, and to be specific, what our awesome Savior accomplished in that place, will forever lead us into wonder and mystery. How quickly we seem to lose the wonder of things in our lives. When man first set foot upon the moon it was athing of wonder. Everyone sat glued to their television screens, completely wowed by the marvel of what was occurring – for here was ahuman-being treading where we never dreamed could be possible. Now, several decades on, it’s still an interesting and impactful historical moment – but you could argue that the sense of wonder has diminished a little with time. There may be several reasons for that – for one thing, we’ve got used to knowing about it. And perhaps another reason is that technology has advanced even further, so that humans are now living out there in the cosmos for extended periods of time, on the International Space Station.

When it comes to the cross of Jesus, it’s an altogether different story. It’s unlike any other moment in the unfolding of the years. Here is the very Son of God laying down His life in love, obedience and sacrifice. He who gave us first breath, breathing His last breath for our salvation. It’s the most meaningful, costly and substantial act in all of history. The cross of Christ shall never lose its power, and never cease to be the most relevant and life-changing act mankind has ever seen. It can never be outdone, added to, or improved upon. Let us never cease to be awed by the sheer scale of grace and love that we discover in that place. As this song ‘Mercy’ prays:

“May I never lose the wonder, 0 the wonder of Your mercy. “

“Enjoy the Ride” by Me In Motion

“Remind Me” by Adam LaVerdiere