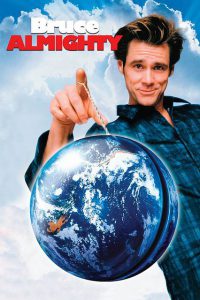 Today, I was reminded of the 2003 movie “Bruce Almighty;” I thought about one of the messages the film focuses on and how it related to all of our individual Christian walks.

We live in a time where it’s easier now more than ever to plug into a cause that can change the world. I was listening to Remedy Drive‘s new album “Commodity” and thinking about how vocalist David Zach has expressed his hope to impact and make a change in the serious problem of human trafficking in our world. It’s a very real and disturbing practice still going on today. The band’s goal with the album is to raise awareness and help aid in the fight against it (Zach has even paired with a ministry called The Exodus Road that goes to the frontlines of this problem and tries to rescue women from slavery). It’s a passion of Zach’s and if you get the privilege of hearing him speak about it in person, it makes you want to rally in support and join him.

In this age, it’s even easier to voice our opinions on what we think others should be doing. Whether it’s social media or through a blog or magazine article, just about anyone can say anything that someone else will see or hear. I’ve heard ministries beg for just financial aid while other opinion-sharers have condemned people fir “just throwing money” at a problem and not doing anything else about it. These opinion-sharers don’t always take into account that these people may not be called to do anything other than that; some have families and careers and may not be called by God to drop everything and go. The financial support may be all Jesus is moving them to do.

But that’s where “Bruce Almighty” popped in my mind.

In the film, Bruce Nolan–played by Jim Carrey–is an aspiring news reporter who would love a news anchor position someday (think Ron Burgundy set in 2003 with much less pretention). His rival is Steve Carell’s Evan Baxter who is a bit of a pompous jerk who seems to easily get the things Bruce only dreams of and fights so hard for. Bruce’s girlfriend Grace (I don’t think her name choice was a coincidence) encourages him to be thankful to God for what he has and, in one particular crucial scene, Bruce says, “God is a mean kid sitting on an ant hill with a magnifying glass and I’m the ant. He could fix my life in five minutes if He wanted to, but He’d rather burn off my feelers and watch me squirm!” After some other blasphemous remarks, God meets with Bruce and gives him the job of “god” for a short time so he can see what it’s like, and Bruce learns first-hand how selfish humans are, how frustrating free will is in His position, and how God’s role is no picnic.

Near the end of the film, Bruce learns that we’re here on this earth not for ourselves but for others. Our society is very me-centric and it’s easy for any of us (myself included) to fall prey to that mindset. By the end of the movie, God physically leaves Bruce to clean up the messes he made and Bruce says, “But wait! What if I need you? What if I have questions?” to which God laughs and says, “That’s your problem, Bruce. That’s everybody’s problem. You keep looking UP!” It was a controversial exchange because it kind of sounds like the film’s saying we shouldn’t seek God, but the director, a professing believer, later explained that the point of the story was that we’re supposed to be God’s hands and feet to each other. There’s even a montage in the film where Bruce is seen doing nice things for people and helping others out–something he’d never done before. 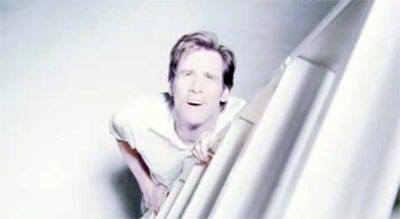 But whatever that call is, we need to heed it. Just don’t be discouraged if others are telling you what you need to do. They might not know what God has in store for you, but what THEY think YOU should do. And that doesn’t matter. Only what God wants for you is what matters. But whatever it may be, it’ll be an expression of His hands and His feet. And I pray He makes it clear to you (to us!). Just don’t give up seeking Him.

**Note: the blog title “YOU Almighty — Being His Hands and Feet” is in no way meant to be disrespectful. The idea is a play on the film’s title, since it kind of sparked the topic, and is to imply that YOU / WE are to be HIS hands and feet… like Bruce was instructed in the film.**

“Change And Growth: Two Of My Most Recent Life Experiences” by Laura Sproull

“Make the Most of Your Time” by J.M. Farro