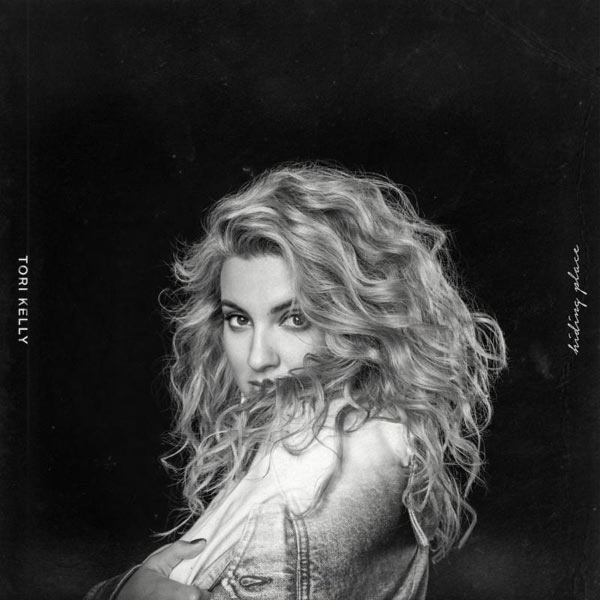 Yet, that’s exactly what the YouTube-prodigy-turned-superstar will be doing in a few weeks. In 2015, Kelly’s debut album, Unbreakable, debuted at #2 on the Billboard charts, yielding three Hot 100 hits. Three years is a long wait for a follow-up, and many fans might be surprised by what they’ll get when her new album Hiding Place drops on September 14: a straight-up gospel album.

A few weeks ago, I was privileged to attend a preview event for this album, where Tori Kelly and her collaborator Kirk Franklin (maybe you’ve heard of him?) discussed Hiding Place and played six of the album’s eight tracks for us.

The opener was “Masterpiece (ft. Lecrae),” which is fitting, since some Christian music fans might have first been introduced to Kelly by her feature on Lecrae’s song, “I’ll Find You.” (“Masterpiece” even winks at Lecrae by quoting the same Scriptural phrase that he used to title his album: “all things work together.”) But if that’s all you know, then you might not be prepared for the powerhouse of a vocalist that she is, which every song in this set displays extremely well, from how tender she can be to how quickly she can run through notes to how high and loud she can belt it out. She’s a bold singer, and “Masterpiece” is an equally bold way to start the album. Bursting through the gates with huge bass and heavy percussion, the song starts like you’d expect a Broadway song to end.

Next up was “Sunday,” one of the four tracks that Tori Kelly and Kirk Franklin co-wrote together. One of the most shocking facts revealed at the preview event was, Franklin has never done a co-write before. Originally, he was only meant to serve as the producer for a song or two, but as he and Kelly began working together and finding their groove, a song turned into an EP, and an EP turned into an album. And if nothing else, “Sunday” represents how great of a team these two are together, with its big books and slimy bass lines, all focused around the lyric, “Don’t let Sunday fool you.”

Another feature came next, with singer Jonathan McReynolds appearing on “Just as Sure,” a more acoustic, stripped-down track that conveys how authentic and impressive essentially everything about this project is. Unlike how many duets are recorded, McReynolds and Kelly actually recorded their vocal takes in the same room at the same time. Kelly said how she’d been wanting this collaboration to happen for years, and the final product couldn’t have turned out much better; each voice and each instrument in this song exudes expertise in the craft. Speaking of how fantastic Tori Kelly is in the studio, Kirk Franklin chimed in at this point to call her a “mercenary — this woman records a song in three takes.”

After that came the album’s lead single, “Never Alone,” which is available now to download or stream. (There’s also a music video that sneakily adds an extended, live outro to the song.) Describing both this track and the album overall, Kelly said the songs “came from the most human place possible. With this album, it was cool to reach into this place.”

“Never Alone” was the first song Kelly and Franklin wrote together. Describing their process, they simply sat down with pen and paper and asked God to give them the lyrics. “I am blown away by her approach to music,” Franklin said, “and blown away by her love for the Lord.”

The final two songs we got to preview both display how Hiding Place is not trying to hide its Christ-centered, biblical foundation. First was “Psalm 42,” which Kelly jokingly referred to as the one song on the record that she can actually play on guitar. But on a more serious note, it originated from her desire to have a song on the album that came straight from Scripture. Kelly wanted the album to be gospel not just in its sound or style but also in its message and integrity, such that she even turned down multiple artists who were interested in guest-appearing on the album because those artists (who remained unnamed) were not obviously witnessing to Christ.

“I’ve seen this girl live out her faith in the studio,” Franklin said. “We talked as much about the kingdom as we did music.”

The preview event concluded with the album closer and Tori Kelly’s personal favorite track from the album, “Soul’s Anthem (It is Well).” If the title doesn’t give it away, this is an updated version of the classic hymn “It Is Well,” and the whole song is simply Kelly singing over a choir — a choir that included CCM names as big as Crystal Lewis, who was one of Kelly’s favorite singers when she was growing up.

After two takes of Kelly recording her parts live in a vocal booth with the choir singing its parts in the room just beside her, Kirk Franklin took off the click track and asked the singer to close her eyes for the next take. The next take is what you’ll hear on the record, as Kelly managed to get in the zone; and while singing, she felt like the whole album-making process finally hit her. “I’m a late processor,” she admitted. The chill-inducing track includes a portion toward the end where Kelly stops and you only hear the choir, which is because she actually started crying during her performance, only barely managing to compose herself in order to sing the final line of the song, thus bringing the album-recording process to an end.

“I’ve never done a song like this before in my life,” — Franklin seemed equally proud of “Soul’s Anthem” — “and I couldn’t have done it without Tori Kelly.”

For Kelly, this album is a dream come true — the culmination of all her childhood dreams of someday being a recording artist. While it’s highly likely that her third album will see her returning to the pop music of Unbreakable, she had this final statement to make about Hiding Place: “I’d make songs like this if no one listened.”

We Recommend: Switchfoot, “The Legend Of Chin”