In the several weeks that have passed since I last wrote on our bouncing baby boy, quite a few things have transpired. The biggest of such transpirations, however, is that my clumsy left foot discovered just how horrifically evil a children’s crib can be… When my foot casually-yet-unintentionally-forcefully connected with the edge of said crib one fateful afternoon, I was rendered seeing stars and clutching the appendage as I apparently broke my pinkie toe by stubbing in on the confounded bed. BEWARE of baby furniture! Ye been warned.

But in other baby news, wee Will, who is now 8 and a half months, has begun to crawl… forward! Of course he’s no ace at it yet, but he discovered that crawling forward is a possibility now. As of this past Tuesday, June 14, the little peanut was playing on our living room floor in a designated crawling area his mother had set up for him. He was doing his usual swimming in place and crawling backwards, but Amy reportedly had seen him make a few moves forward for the very first time. When I entered the room, we shared some concern over the sharp corners on some furniture, so I put some blankets over our TV stand’s base….. which attracted Will’s attention… and the Garfield figurine on its base. 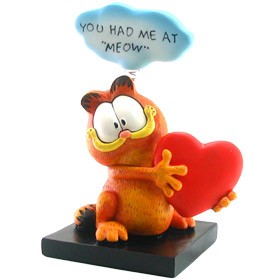 As his eyes targeted the colorful item that Amy gave me as a gift a few moons ago, he crawled like a thirsty man through a desert to a newly discovered oasis… and I had to be the meanie to pull him away from the life giving waters!

The good days with taking care of a sometimes fussy baby and the bad days are beginning to even out  a little (instead of just one fussy day after another), but it’s amazing and cool to see Will growing so fast into a little dude. July 1st will be 9 months and it’s just been much more fun lately to see the various little new things he keeps learning and doing — from finding amusement in the flick of a towel in his direction to finding a plush Stay Puft marshmallow man to be quite entertaining, this boy is hardly dull to be around.

And have I mentioned yet that he’s a VeggieTales junkie?! If he needs calming, there’s a very, very good chance a VeggieTales video will do the trick. Can’t sleep? No worries, flip on the Veggies and it calms him down better than a warm bottle of milk. In fact, yesterday he wouldn’t take a nap, so we put him in his Jumperoo in front of The Ballad of Little Joe and the results were quite satisfying! 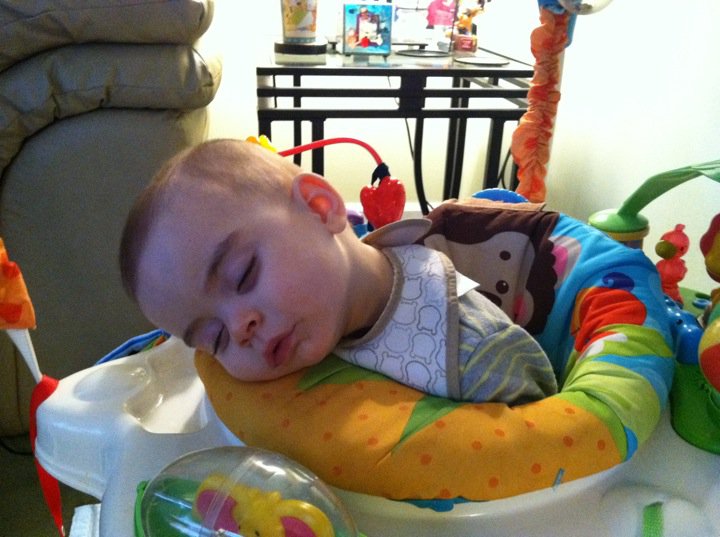 “A Bewilderbeast Christmas” by John DiBiase