It’s been a crazy year. Will is now 4, and while things were nutty during the infancy months, things seem even more hectic now that the boy continues to grow as a preschooler! 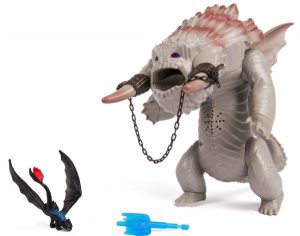 Christmas was a blast. It was the first year he’s asked for specific toys — and in this case, it was the Bewilderbeast from How To Train Your Dragon 2 — and even though he exhibited the human nature of “More! More! More!” Christmas morning, we’re working on the gratitude thing 😉

Amy and I each took Will out at different times to have him help us pick out items for him to give us. Sadly, on Christmas morning, all he did was want to open anything with his name on it. And with a look of delirium in his eye, he just couldn’t understand the idea that a present that says “From Will” wasn’t actually FOR him… even if he’d helped pick it out for us. (Next year, I’ll have him be a part of wrapping it and maybe we’ll use exclusive paper for his gifts to us). I ended up opening all of the gifts he and Amy picked out for me quietly while he harassed his little cousin. Oh well… next year perhaps!

Onward to 2015! I shall leave you with an image of Will’s prize toy of the Christmas 2014 season… the Bewilderbeast (and mini Toothless). It’s pretty sweet, I must add. It reminds me of the big Inhumanoids beasts we had as kids — or the original Rancor! (Which I was blessed to have owned. ha — see below). 🙂 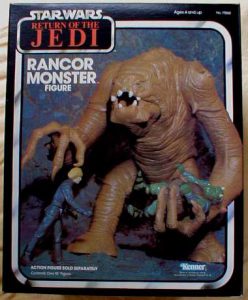