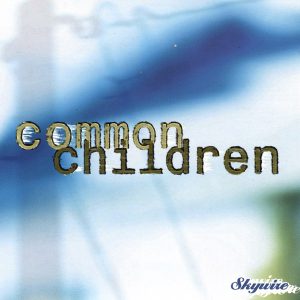 Some of you may notice that I tend to pick albums older than just a couple years ago for these recommendation blogs. I have found that some really great music seems to become almost altogether completely forgotten, which borders on criminal. But, with the wonders of the web these days, it’s become easier to track down highlights of yesteryear in many forms, and Common Children‘s grunge-influenced alt rock release Skywire from 1996 is no exception.

When it comes to selecting a record to listen to (usually via my iTunes library), sometimes it’s not until one of the tracks from a certain album appears during a regular shuffle, that I’m reminded of how great an album was and still sounds years later. I will then often turn the shuffle off and listen to the rest of the album as a whole. Skywire was one of those projects that recently got such treatment. Everytime I listen to this record, I find it to be such a great, solid album. Common Children mixed in unique song compositions, poetic and meaningful lyrics, and a diverse collection of styles on Skywire. From the heavy and frantic “Hate” (about hating our sinful nature) to the redemptive “Treasure” and all around, it’s one of the highlights of the Christian alternative scene in the mid-90’s. And it’s releases like these that are still relatively easy to track down. For example, you can get a physical CD used from Amazon for less than a quarter, or download the mp3s for less than 10 bucks. Well worth checking out! ~ John DiBiase

So, what are your thoughts on and experiences with the album Skywire? Do you recommend it? If so, why?